MOSCOW, 13 Jun — RIA Novosti, Tatiana Pichugina. They gathered to show their stadiums, made a fortune. Some could be of interest to scholars and for some time led them by the nose. About the most famous psychics that have not been tested by experiment — in the material RIA Novosti. 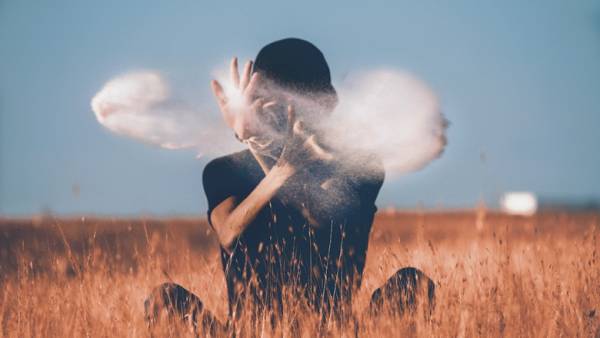 Magician wolf messing was famous through stunts to mind reading. He made propaganda teams and in the circus, then moved to private practice, toured the country. It was considered a psychic and medium.

Shortly after world war II one of his speeches called for physiologist Dmitry Biryukov and invited the illusionist to his Institute. It quickly became clear that any abilities of the letter has his tricks are based on mnemonics and idiomotoric described in the scientific literature since the last century.

Mnemonics means operative on the stage or in the audience, with whom the magician communicates through code words, phrases, gestures. Idiomotoric is mind reading in the face of the unconscious movements of the muscles. It’s especially easy when the person is anxious. Later, he himself revealed the secret of his tricks in an interview.

His popularity largely rested on the rumors about contacts with the intelligence service, the KGB, Stalin and Beria. Subsequently, none of this is confirmed.

This is all bullshit… Like every actor, I liked to put dust in the eyes, to invent; there are several mutually exclusive biography of the film; no single credible witness of some extraordinary prophecies of the artist, all “prophecy” of the film known only from his words.Michael Buynitroglycerin who watched the illusionist as a patient

, “I disperse the clouds hands”

In the late 1950s the world began to talk about the Filipino healers do surgery with bare hands, without any tools. Abroad they are called “psychic surgeons”. Observing the work of the healers told me that they are pushing with the fingers the skin, take out organs, remove, for example, kidney stones, and then the man gets up and leaves completely healthy. Scars do not remain, in spite of profuse bleeding during operations.

Oncologist Michael Gershanovich arrived in the Philippines as a doctor of chess player Anatoly Karpov (Baguio in the Philippines in 1978, took place match for the world title), asked the healer to remove his benign tumor over his eye and a varix in the leg. The healer long and hard kneading the sore spots, but achieved nothing. The doctor then had to treat both. According to his testimony, no super-powers have healers there — all their manipulation represent a clever trick.

How it is done, shown in 1991, in one of the shows on Argentine television, the magician and the Chairman of the society for the refutation of pseudoscience Enrique Marquez. Holding in the towel a soft ball of red paint, he quietly crushed it on the patient, creating the illusion of the operation. After a few years, Marquez repeated the trick on television to expose the gaining popularity of the healer Alex Orbito.

In Soviet times, has caused great interest in the phenomenon of the inhabitant of Leningrad, Nina Kulagina, who could move objects without touching them, solely by the power of thought. It’s called telekinesis. In 1969 at the Studio of documentary films of Kulagina made a movie, much contributed to the popularity of “psychic”.

In 1977 she began to study at the Institute of precise mechanics and optics. Scientists have conducted many experiments, trying to understand the physical nature of the effects of thoughts on material objects. On the wooden table stood the lid of a matchbox, flat, metal cylinders, and other light items weighing a few grams. Kulagina was making passes with his hands, things moved smoothly. She worked on scales, reject the compass and the laser beam, cause a burn by touching someone’s hand. She declared the only “phenomenon”.

The trick Kulagina was revealed when experiments with her participation came scientists from the Institute of Metrology. They brought with them the highly sensitive ferroprobes and found the woman hiding at the hip magnet. Neuroscientists also noticed her nylon yarn with knots which it was passed through a dress and tights.