MOSCOW, 13 Jun — RIA Novosti. The German participation in the project “Northern stream 2” will have a negative impact on Ukraine and all of Western Europe, considers the Deputy Minister on the issues of the temporarily occupied territories and internally displaced persons Georgy Tuka on air of ICTV TV channel. 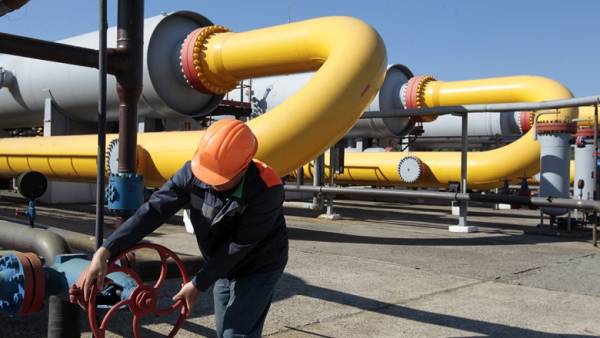 He noted that despite the fact that the West is constantly talking about the support of Kiev, Germany is still building “Northern stream — 2”, aware of “negative consequences”.

According to Ukrainian politics, the Europeans do not realize that their civilization is threatened in case of refusal from its principles, such as human rights and respect for internationally recognized borders.

Earlier, the President of Germany Frank-Walter Steinmeier said that Ukraine should stop criticizing Germany for its part in the project “Northern stream — 2”.

The project “Northern stream — 2” involves the construction of two lines with a total capacity of 55 billion cubic meters of gas per year. The pipe will lay off the coast of Russia through the Baltic sea to Germany next to the existing “Northern stream”.

Ukraine opposes the construction of the pipeline for fear of losing the income from the transit of blue fuel. Latvia, Lithuania and Poland are also jointly expressed disapproval of the construction of “Nord stream — 2”. Their leaders believe that it is a political project. In addition, it is opposed to the US, as they have ambitious plans to export to Europe its gas.

Russia has repeatedly urged not to politicize the construction of the pipeline. According to President Vladimir Putin, Moscow refers to the project solely as an economic.