How to prevent outbreak of viral diseases

In may, DR Congo was a new outbreak of Ebola, and in India, several people died infected with Nipah virus. TASS is about how scientists are trying to bring the viral infection under control. 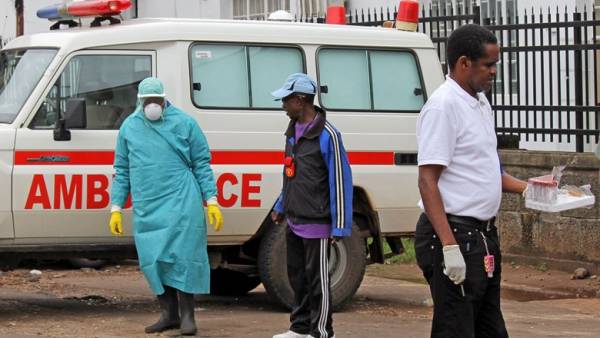 The current outbreak of Ebola, at first glance, does not portend serious threats: from the beginning of April the who registered a total of 56 cases and 25 deaths, and for the last week — only two cases. From the Nipah virus in India died half — 13. Compared to the same diabetes, which takes about 4.4 thousand of lives each day is not enough. However, leading scientific journals Nature and The Lancet were quick to release a disturbing article, which discusses approaches to combat viral infections.

This time Ebola became ill on the residents of sparsely populated areas of the DR Congo, therefore, the further spread of the disease, apparently, failed to prevent. But, as noted in the Nature article, numerous studies during and after the epidemic 2014-2016, when in West Africa died about 11 thousand people, did not help to predict the time and location of the new outbreak.

Nipah virus was studied much worse than Ebola: the first patient was diagnosed in 1999, since identified approximately 600 cases. The virus affects the respiratory system, the brain and often leads to death. No medicines, no vaccines against this disease are still not invented, and no one knows where and when it will catch next time.How to find all the dangerous viruses

In February 2018 who included Ebola and the disease caused by Nipah virus in the list of priority areas of research. All other disease in this list is also viral, in addition to a hypothetical “disease X”. Behind this concept lies the idea that the unknown pathogen could cause epidemic of international scale. It is easy to guess, in what realm of the living scientists are going to look for suspects.

Two weeks after the publication of the list, who was announced the imminent start of the Global vironova project (GWP) — a ten-year study costing $1.2 billion In a programmatic article in the journal Science members of the project said that so far there have been 263 of the virus infecting humans, but the danger is much more.

Initially, the hosts of human viruses were often mammals and birds: it is believed that the viruses Ebola and Nipah is transmitted from flying foxes, HIV from chimpanzees, the causative agent of atypical pneumonia, from the Asian palm civet. According to the participants in GWP, to grow roots in people can 631-827 thousand viruses it is as though something studied in the best 0.1% of threats or less.