The head of the Serpukhov area Alexander Shestun has involved the Central apparatus of the TFR. 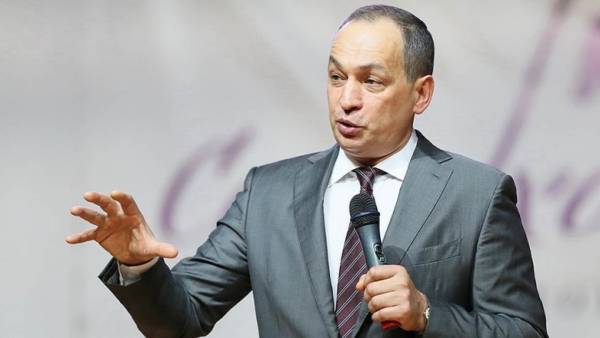 The staff of the Federal security service (FSB) detained the head of the Serpukhov district of the Moscow region Alexander Shestun, who recorded an earlier video message exposing the suburban officials and generals of the FSB. According to preliminary data, mister Shestun suspected of involvement in machinations with land plots. For questioning his plan to deliver to the Central office of the Investigative Committee of Russia (TFR).

The FSB and the Central office of the TFR detained Alexander Shestun after another search. If earlier investigative actions were carried out in the administration building and some of the officials from the team of mister Shestun, early this morning the investigative team came to him home. In this case support to the investigators and operatives provided a platoon of submachine gunners in masks.

After a search, for which the special forces blocked the whole block, Alexander Shestun, accompanied by operatives plan to take in for questioning.