A hostage situation in Paris did not recognize the terrorist attacks

26-year-old native of Morocco sent in a psychiatric clinic. 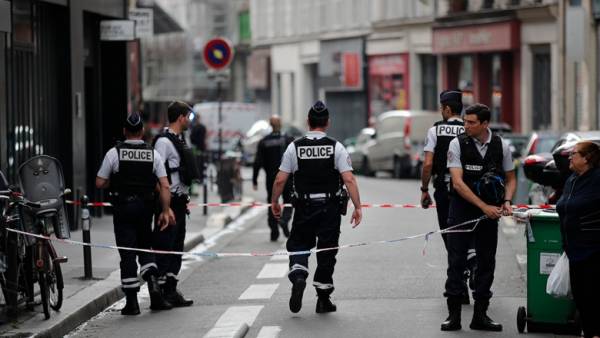 June 12, seized two hostages in the tenth arrondissement of Paris transferred to a psychiatric clinic. About it reports AFP with reference to sources in law enforcement bodies. 26-year-old native of Morocco last night arrested in the assault captured them advertising agencies Mixicom. Soon, however, the pre-trial detention regime abolished as a criminal, according to the interior Minister of France Gerard Collon, “mentally ill person”. The details of the incident says the correspondent of “Kommersant” in Paris Alexey Tarhanov.

The message that in one of the Central districts of Paris in the North and East stations seized hostages was the main news yesterday in France.

12 June at 16 o’clock local time by unidentified food deliveryman entered the building on the street Petite-Ekyuri in the tenth district, where there are plenty of small companies: offices, agencies, shops.

Later it turned out that the courier was pretending to be 26-year-old native of Morocco. He was not included in any lists of radical Islamists and has not been subjected to special monitoring. Behind him there were only minor offenses.

In the lobby the man at once jumped on a passerby, who after a short fight with the assailant was able to escape. Then the intruder broke into located on the ground floor of advertising Agency Mixicom and took in hostages of two people: a man and a pregnant woman.

Soon, the police managed to contact the offender. He claimed to have captured three persons, one of whom seriously injured, but later this information was not confirmed. Also the man said that he has an explosive device and weapons, and that he requires a meeting with the Ambassador of Iran in France. The necessity of meeting the offender proved that the Ambassador he needs to convey an important message to the French government. A man warned that the street is his armed accomplice, ready to intervene in case of attack special forces. In addition, in the course of negotiations with the police he mentioned the terrorist attacks that occurred in France in recent years, and the perpetrators terrorists.

While the police negotiated with the offender, Petite, Ekyuri blocked police SWAT units BRI, there approached the engineers and firemen.

After several hours of negotiations the police and the assailant had not come to a compromise, and by 20:00 the signal was given for the assault. When the police broke into the premises of the Agency, they saw a man postavivshego a knife to the throat of a woman. Her clothes were doused with gasoline. Another hostage was tied up. As it turned out, the bomb the man was not, and in addition to the cans of gasoline he found the plastic knives and the layout of the machine. Offender arrested without a single shot.

The Prosecutor’s office found no obvious signs of the attack and filed against the detainee’s allegations of kidnapping, rape with a weapon, attempted murder.

As told by the interior Minister of France Gerard Collon, the man was not listed in electronic databases on Islamic radicals and individuals who are prone to terrorism. “Apparently, it is just about a mentally sick person. This is evidenced, in particular, its inconsistent statements made in negotiations with the police at the time as he was holding hostages,” — said the Minister. In this regard, after the first interrogation, the assailant was transferred from the police station in a closed psychiatric ward.

The Iranian Embassy in France said it was ready to assist the French authorities in the investigation of the incident. The official representative of the Iranian foreign Ministry Bahram ghasemi called hostage-taking “inhuman act” and added that Iran condemns the incident.