Russia Day, June 12, in Moscow, St. Petersburg and Krasnodar held a mass kite flying in the sky. In the cities there are special tents where everyone can get the kite, and the organizers will help him to paint and run. 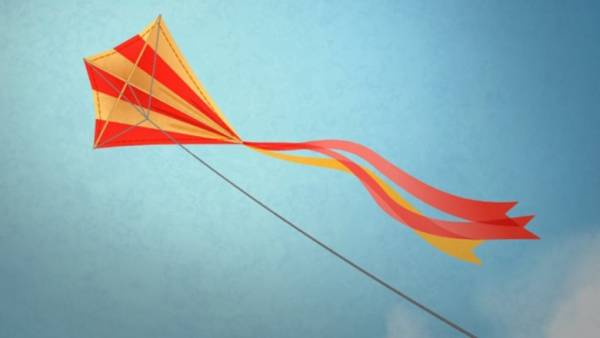 On the idea of the volunteers who organized the event in cooperation with the public movement of the Putin Team, kite flying has become a symbol of Russia Day, “as he seeks up just as committed to the new horizons of our state.”

“A kite is a great symbol of the Day of Russia: our state grows and develops, to have no obstacles and barriers, like for the snake. Russia Day is no official symbol, and we believe that a kite can be”, — told about the event one of its organizers.

Earlier June 12 air performance took place in Yekaterinburg. Parachutists, members of Team Putin, simultaneously made the jump and opened up in the sky a Russian flag and a cloth with inscription Putin Team.

“We love Russia! This is our homeland, the best country in the world! In this Sunny day we decided to congratulate all citizens with a bird’s eye! Dedicate our jump all patriots!” — said one of the participants of the performance.

Putin Team is an informal social movement, created at the end of 2017 at the initiative of the hockey player Alexander Ovechkin. The aim of the project is to unite people who are proud of the country, we want to make it stronger and support the activities of Russian President Vladimir Putin.