Putin told how he wrote his resignation during the coup

St. PETERSBURG, 11 Jun — RIA Novosti. Vladimir Putin said that he wrote the official report about resignation during the events of the 1991 coup, when he held the position of head of the Committee for external relations of the city hall of Leningrad. 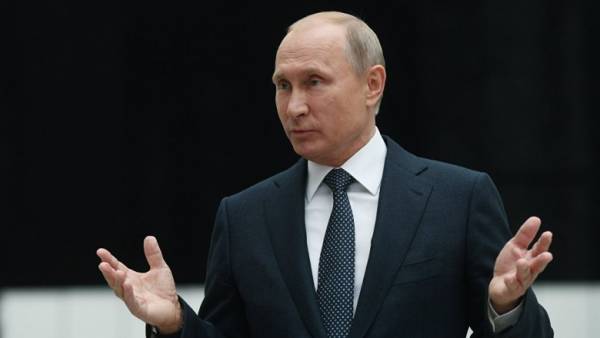 “On the one hand, I worked with Anatoly Sobchak, he was on the side of the authorities, Yeltsin and so on. But on the other hand, the attempt of the coup and the security forces, they were on the side of those who did it. I couldn’t be there and there at the same time. I said I have already made a choice,” said Putin in an interview for the film “Sobchak Case”.

He added that said Sobchak, “he could not rush here and there”.

I should feel confident, therefore, in this situation the right thing for me to write a letter and resign. What he (Sobchak. — Approx. ed.) told me: well, do so.Mr Putinprime of the Russian Federation

According to him, Sobchak called the Chairman of the KGB, Vladimir Kryuchkov, what surprised Putin, who thought Hooks “will be sent to hell”. Resignation Hooks signed within a few days.

The documentary film “Sobchak Case” Faith Krychev about the political fate of the first mayor of St. Petersburg raises a number of topics with relations with Sobchak and Boris Yeltsin, on the appointment of Vladimir Putin, the Deputy mayor, about the health of the mayor, Sobchak’s defeat in the gubernatorial elections in 1996.

The film also includes the transcripts of interviews with Russian politicians — Anatoly Chubais, Alexei Kudrin, Boris Nemtsov, the current head of Regardie, who worked with Sobchak, Viktor Zolotov, as well as the head of the administration of President Yeltsin, Valentin Yumashev.

Putin worked with Sobchak from the beginning of 1990-ies, was the Deputy mayor and head of his campaign headquarters.