BERLIN, 10 June — RIA Novosti. German Chancellor Angela Merkel said that the arguments of the President of the United States Donald trump about the return of Russia to the G7 unconvincing. 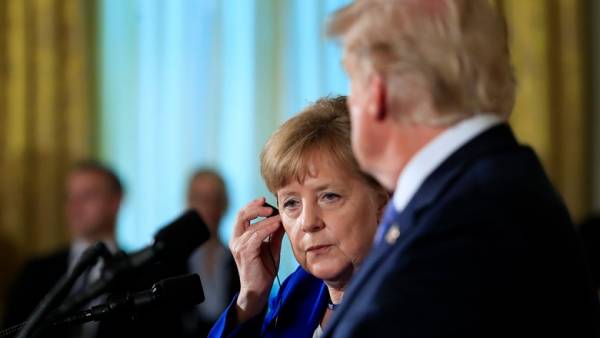 “I can’t get the answer that led him (trump — ed.)… of Course, we asked him a question, but the answer is not convinced” — said Merkel on Sunday the TV channel АRD.

She noted that the American leader said that “Russia plays an important role in issues of war and peace, which, of course, no doubt”, but in the format of G7 “sit States that share common values”.

Earlier, U.S. President Donald trump said about the need again to take Russia into the G8. However, the majority of European members of G7 summit in Canada opposed this. With the support of trump spoke only to the Prime Minister of Italy, Giuseppe Conte.