WASHINGTON, June 8. /TASS/. American Republican Senator, one of the oldest U.S. lawmakers John McCain on Friday criticized a proposal by President Donald trump to expand the G7 to the G8 format, again inviting him to Russia. 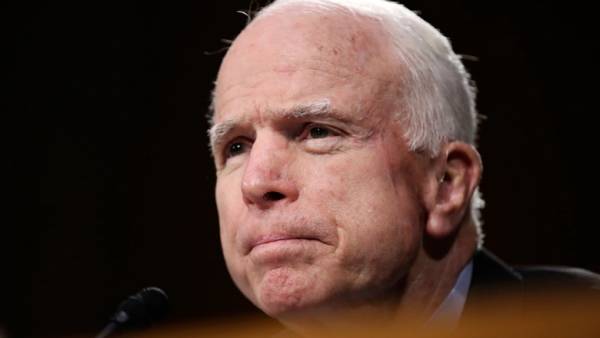 The legislator considers it “a manifestation of respect for the enemy.”

“The President, for unknown reasons showed towards our enemies, the reverence and respect that should be reserved for our closest allies,” — said in a statement McCain posted on his website.

According to the Senator, the current us leader “with disdain” to the countries that share American values. “It is the antithesis of the so-called principle of realism and sure road to weakening America’s leadership in the world,” concluded McCain.

Trump informed before heading to the summit of the group of seven in Canada, said that “Russia should be at this meeting”. In his opinion, Russia should be given the opportunity to return to this format.