In Somalia was shot dead by American special forces

One American soldier was killed and four were injured as a result of an ambush organized by the group “al-Shabab” in Somalia. It is reported by Telegram-channel 4 Directorate involved in the review of the activities of terrorists. 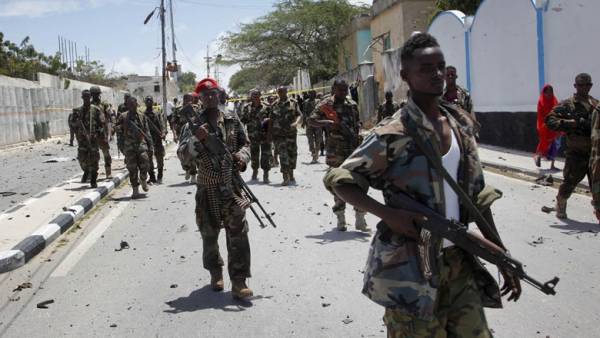 The incident occurred last Friday. Us special forces have supported the local troops RAID against militants in the East, one of the poorest countries in Africa. The terrorists fired at the checkpoint near the town of Jamaame, mortars and small arms, after which the American-Somali forces decided to retreat to a nearby town, but were ambushed by the Islamists.

On 25 January it became known that the us military helped the Somali security forces clash with militants, during which they killed a minor. The military operation was conducted in the region of lower Shabelle, on 18 January. During the firefight, killed five terrorists, six more wounded. As it turned out, some of the destroyed extremists were under the age of 18.

“Al-Shabab” — a radical Islamist group operating in Somalia and beyond. Is a wing of the international terrorist organization “al-Qaeda” (banned in Russia). In 2014, the militants “Al-Shabab” was released most of the previously occupied territories.