MOSCOW, 7 Jun — RIA Novosti. Presnensky court of Moscow detained the head of the internal security of the Ministry of internal Affairs of Dagestan the Colonel Magomed Hizriev in the case of “buying” a high position in the police, the correspondent of RIA Novosti news from the courtroom. 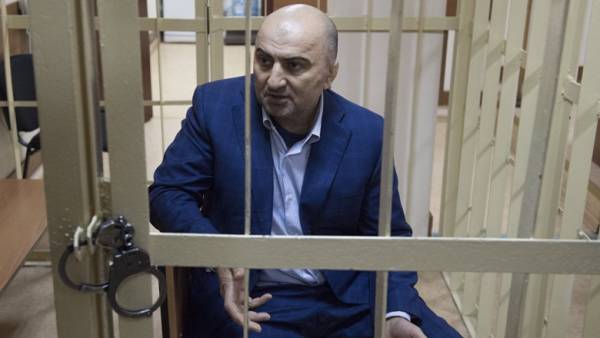 The term of the preliminary investigation was extended to 23 August.

Hizriev accepted the decision calmly and said that he will appeal the court’s decision. “I will appeal. I was framed, framed beautifully,” said the accused.

The investigator explaining his petition, stated that Hizriev may be hiding, to prevent the preliminary investigation, and also to hide money obtained by criminal means.

He Hizriev said that it was held provocation.

“I was informed in FSB, and in SK that against me are preparing provocations. Here talking about the amount in 2 and 6 million, the money I earn could not”, — said the defendant.

He also added that after experienced attacks since 2006, is under state protection. “Better to die in battle than to organize this circus,” said Hizriev.

As previously reported by RIA Novosti in the RF IC, the case, in addition to khizriyeva, are his five alleged accomplices of the civil. Depending on the role they are suspected of bribing officials and mediation.