At the moment there is no way for Russia’s accession to the G7 format, said German Chancellor Angela Merkel in the framework of “government hour” in the Bundestag. 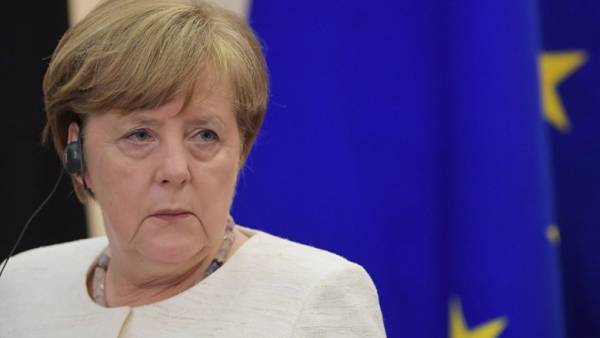 MOSCOW, June 6 — RIA Novosti. She noted that the interaction of the participants of the “Big eight” based on respect for international law.

“The annexation of Crimea was a flagrant violation of international law, therefore, the exclusion of Russia from the G8 format was inevitable”, — quotes the Chancellor of the tabloid Bild.

While Merkel stressed that constant contact between Moscow and Berlin, as well as cooperation between the G7 remains.

The German authorities periodically discuss the possibility of Russia’s return to the format of “big eight”. So, in April the foreign Minister Heiko Maas has called such a scenario “unrealistic.” Later, the Bundestag Sahra wagenknecht urged to rejoin Moscow to G7 as a counterweight to the United States.

In 2014 the events in Crimea, the G8 members have decided not to go to the next summit in Sochi, spending it in Brussels without Russia’s participation. Therefore, the format of “Big eight” was reduced to the G7. Moscow has repeatedly stated that it will not take any steps to return to the G8. Now in the “Big seven” are Germany, USA, Canada, Japan, France, UK and Italy.