MOSCOW, 7 Jun — RIA Novosti. In the event of a military clash between Russia and Ukraine, the latter would have been defeated a few days, said in an interview with Die Welt, former Secretary General of NATO, freelance Advisor of the President of Ukraine Anders Fogh Rasmussen. 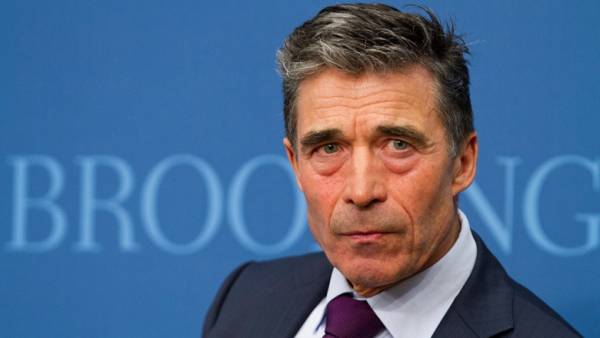 “If Russia wanted to, Russian troops could occupy the Ukraine for a few days, despite the fact that Ukraine over the past two to three years have significantly built up its military capabilities in response to an attack on its territory,” said Rasmussen.

NATO countries, he said, definitely prepared for the “massive attack of Russian tanks”, but the best way to maintain peace is to deter potential enemy.

At the same time, Rasmussen said that Russia may join the Alliance at any time, provided that it will meet the necessary criteria.

“However, until now, NATO has not received respective statements from Moscow, and to be honest, I don’t think anything will change in the near future,” added Rasmussen.

Earlier, NATO Secretary General Jens Stoltenberg said that the Alliance does not intend to isolate Russia. “NATO took the twin-track approach to Russia, combining deterrence and political dialogue,” he said.

Kiev has repeatedly accused Moscow of meddling in Ukraine’s Affairs. Russia denies it and calls such accusations unacceptable. Moscow has repeatedly stated that it is not a party to domestic conflict and is interested in Ukraine overcame political and economic crisis.