The representative of the American foreign policy Department does not consider that such negotiations would be useful. 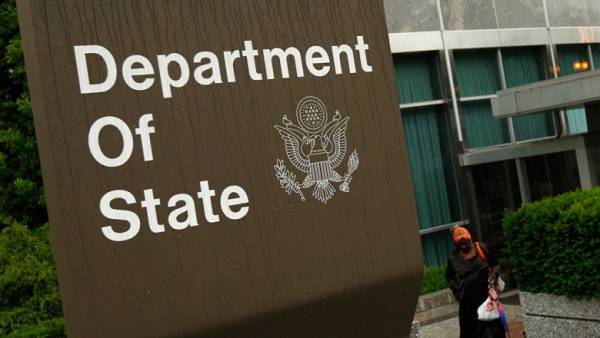 WASHINGTON, June 6. /TASS/. The United States is concerned about the potential of the meeting of Syrian President Bashar al-Assad with North Korean leader Kim Jong-UN, plans which was reported in the Sunday newspaper “Rodong Sinmun”. The corresponding position of Washington outlined to journalists on Tuesday the representative of the state Department of high rank.

“I don’t think this [meeting] would be useful, but we can’t confirm that it will definitely take place,” she replied to a request by the reporter to comment on the information about the possibility of Assad and Kim Jong UN.

“I think we would have been concerned. If you have a guy like Assad who is guilty of the gas attacks and the murder of so many innocent civilians in their own country, and if he meets with [the leader] of North Korea, then it definitely would have caused concern to us”, — said the representative of the foreign Ministry.

On Sunday, “Rodong Sinmun” reported that Assad expressed his intention to pay an official visit to the DPRK and hold a meeting with the country’s leader Kim Jong-UN. According to her, a statement Assad made during on may 30, the ceremony of presenting his credentials the new Ambassador of the DPRK in Syria. The Syrian President also noted that due to the policy of the leader of the DPRK recently on the Korean Peninsula, there are positive changes.

In the beginning of 2018 in the background holding in South Korea’s Pyeongchang Olympic games there has been a easing of the situation on the Korean Peninsula, and the thaw in relations between Seoul and Pyongyang. Later, the parties held meetings at the highest level with the participation of the President of South Korea moon Jae-In and the leader of the DPRK Kim Jong-UN. On June 12 in Singapore also scheduled to meet Kim Jong-UN and U.S. President Donald trump.