The Deputy Chairman of the Central electoral Commission Nikolay Bulaev has also promised to help the observers, “if it will be the objective of charges against specific people.” 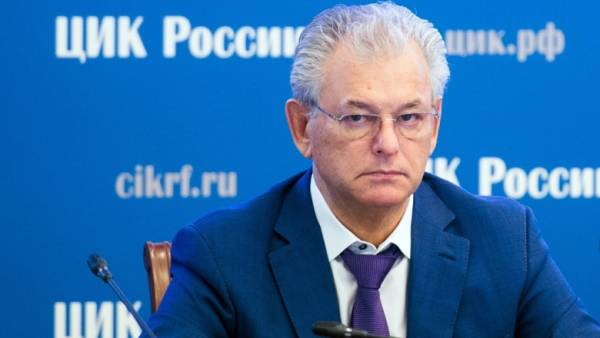 MOSCOW, June 6. /TASS/. None of the observers, told “Novaya Gazeta” on violations in the presidential elections on 18 March in some regions, is not addressed in the CEC archive for videos from the polling stations. This was announced on Wednesday the Deputy Chairman of the CEC of the Russian Federation Nikolay Bulaev.

“Novaya Gazeta” published earlier material, which claims that in 50 polling stations in Tatarstan, Chechnya, Dagestan, Karachay-Cherkessia and Kabardino-Balkaria, the election results were rigged. This conclusion the authors made on the basis of observers-volunteers, who were watching the security footage from the areas, believed people opustevshij the ballot boxes, and compared their number with the official data of election commissions entered in gas “Vybory”. The publication States that within the studied sections “the actual turnout of two, three, and sometimes five times lower”.

I asked her to give me the information on all of the videos in the video archive, which is the CEC. No one has applied for obtaining video recordings from the video archive, not addressed and, of course, did not. What records, where and by whom reviewed, I did not understand.Nicholas Believableness CEC

He advised the authors of the investigation to videos officially. “If somebody’s got evidence, but we are talking about crimes, we must, of course, apply to relevant law enforcement agencies. This jurisdiction of the UK”, — said the Deputy Chairman of the CEC.

Bulaev has promised to help the observers, “if it will be the objective of charges against specific people, that they have committed a criminal offence”.