MOSCOW, June 6 — RIA Novosti. Modernization of the Russian supersonic missile-bomber Tu-22M3 means the return of the “curse” of the U.S. Navy, the article says The National Interest. 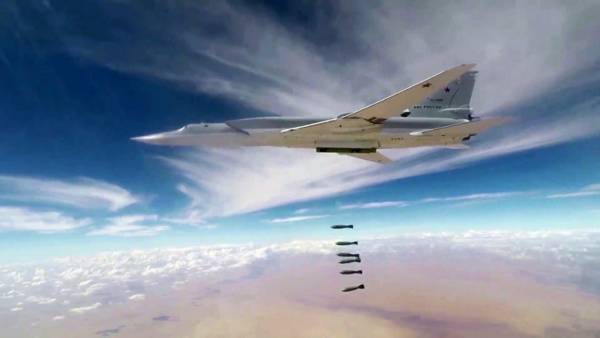 “The Russian fleet of Tu-22M3 is a small part of that power which was once possessed by the Soviet Union. However, the current Tu-22M3 with upgraded weapons and sensors is the same threat, albeit on a smaller scale”, — stated in the material.

The article emphasizes that the problem is compounded by the fact that the F-14 Tomcat was removed from service in the early nineties.

“Thus, even a modest Russian attack potential may present a real danger to the battle group of the Navy in terms of capabilities of X-32, especially given its speed and agility,” writes National Interest.

The author believes that carrier-based attack aircraft F/A-18E/F Super Hornet together with the shipboard Aegis combat system can be decent defenders in the American Navy. However, given the lack of speed Super Hornet, the fighter is unlikely he can rely on the interception of a Tu-22M3 to launch the X-32, the article notes.

Supersonic cruise anti-ship missile X-32 is a deep modernisation still the Soviet Kh-22. From the “ancestor” of a new guidance system, protected from interference, increased fuel capacity and more powerful engine. X-32 is capable of hitting a target at a distance up to thousands of kilometers. Thus, the missile does not need to enter the coverage area of carrier-based aircraft of the enemy.