WARSAW, 5 Jan — RIA Novosti. Polish Commission for the investigation of the crash near Smolensk, which in 2010 killed President of the Republic Lech Kaczynski, said the discovery of the wreckage of the aircraft and the body of one of the victims of the tragedy traces of explosives. 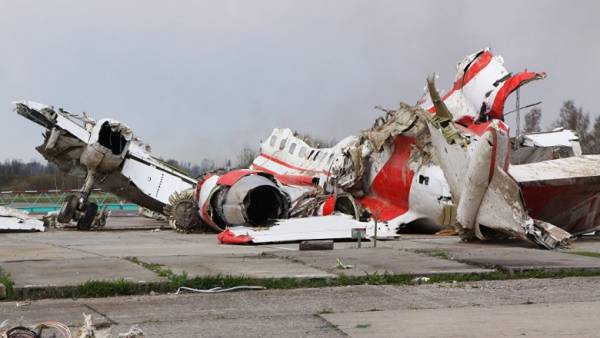 Earlier, former Minister of defence of Poland Anthony Macierewicz, who currently heads the Commission, has repeatedly said that the cause of the crash was the explosion on Board. In October last year, the Commission has not confirmed the assumptions of Makarevich, saying only that the experts examined the records of flight recorders, one of which recorded the parameters that “could be effect of airline is very big energy.”

In December, Russian President Vladimir Putin called nonsense and bluff sounding in Warsaw allegations of Russian involvement in the plane crash of Polish President Lech Kaczynski. He noted that if the Board were explosions, it is necessary to consider where flew the plane, and invited the Polish side to look for “back then” who put the explosives. However, he recalled the conclusions of the special Commission, which concluded that the explosion on Board the plane Kaczynski was not.

The plane Tu-154 of Polish President Lech Kaczynski in 2010, crashed during landing at the airport “Smolensk-North”. Onboard there were 96 persons: 88 passengers and eight crew members flying at the mourning events in Katyn. They all died.