MOSCOW, 4 Jul — RIA Novosti. The Moscow city court has sentenced to twelve years in prison a strict regime of Ukrainian Roman Sushchenko, the correspondent of RIA Novosti news from the courtroom. 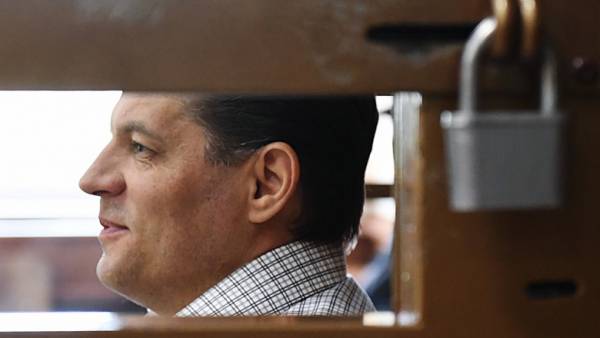 Sushchenko was convicted of espionage. The hearing was held behind closed doors because the case is labeled with a stamped “top secret”. The Prosecutor asked the defendant to fourteen years in prison. In addition, the court confiscated the recorder Sushchenko in favor of the FSB.

Sushchenko was detained in October 2016. As stated in the FSB, he served in the Main intelligence Directorate of the Ukrainian defense Ministry and gathered secret information about the Russian military and Regardie.

Agency UKRINFORM stated that Sushchenko since 2002 they told. UKRINFORM has rejected accusations of spying and said that the journalist is on vacation and has arrived to Moscow for personal reasons.

While the Russian foreign Ministry said that Sushchenko was not applied to the Ministry for accreditation of journalists. His guilt he did not recognize.