The generals of Spetsstroy took almost half a billion 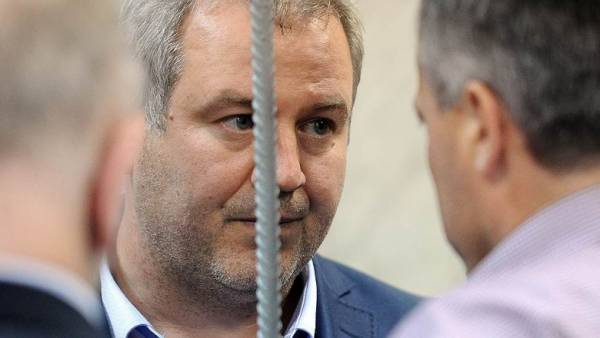 As it became known “Kommersant”, the Ministry of defense filed a civil lawsuit in the criminal trial of the former Deputy Director of Spetsstroy Alexander Zagorulko Alexander Buryakov, as well as the three entrepreneurs. The Agency requires them jointly and severally 453 million rubles as a result of the actions of the defendants in the case, according to investigators, was stolen more than a billion rubles allocated for the construction of military facilities. Protection of entrepreneurs argues that the objects built without violations of the law, and the damage was not caused by the defense Ministry, but by businessmen who “has his own money to build military facilities”.

As a civil lawsuit of the Ministry of defense brought five people — two former Deputy Director of Spetsstroy Alexander Zagorulko Alexander Buryakov, as well as entrepreneurs Kadyr Karaganov, Waha of Arzigul and Arsene oshakbayev. In equal share in solidarity the military Department intends to recover from them more than 453 million rubles.

Note that in a criminal case as damages the sum twice as large: according to investigators, businessmen, in collusion with the ex-heads of Spetsstroy, stole more than a billion rubles. According to the materials of the case, the fraud was carried out as follows: entrepreneurs, taking the offered to them by officials of the Federal Agency terms and conditions of contracts, which had seen corruption, then inflated the estimated cost of construction. The thus obtained difference in the cost they are transferred to the accounts of related companies, cashed and abducted.

So, according to the case materials, on the repairs of a military camp “Chernyshevskii barracks” on Bolshaya Serpukhovskaya street in Moscow estimated cost of works was increased from 400 million to 825 million rubles.

In the same way, according to investigators, the money was stolen during the construction of the military town of Kubinka near Moscow and object of military intelligence on the island of Iturup.

It should be noted that former heads of Spetsstroy Zagorulko and Buryakov pleaded guilty, telling investigators that he received kickbacks as “live” money, and expensive cars. The generals of Spetsstroy concluded pre-trial agreement on cooperation with the state office of public Prosecutor, their case was allocated in separate manufacture, and they are transferred from prison under house arrest. With businessmen on charges of bribery was lifted, as the investigators came to the conclusion that they paid kickbacks not on its own initiative, and forced — under the threat of termination of contracts.