Around the world rally in support of Oleg Sentsov

From 1 to 3 June in 78 cities around the world held a rally in support of Ukrainian Director Oleg Sentsov, who was sentenced in Russia to 20 years in a strict regime colony. It is reported by “Novaya Gazeta”. 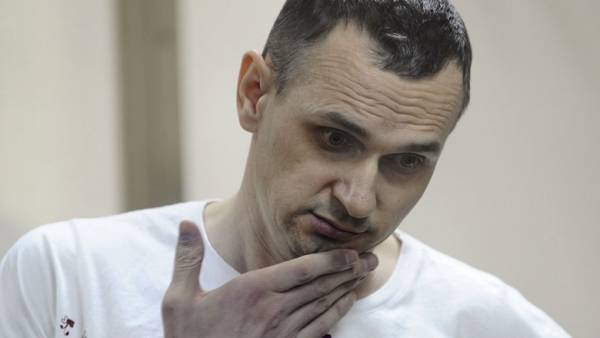 The aim of the organizers of the event #SaveOlegSentsov (“Save Oleg Sentsov”) was, according to them, to draw attention to the political persecution in Russia and Crimea. Rally in support of Sentsov took place in Belgium, Canada, Germany, Israel, USA, France, Lithuania and other countries.

In the European Parliament held a flash mob in support of the Director, representatives of several countries rose during the session, holding in hands portraits of Sentsov. United States mission to the OSCE has recorded a video message in support of Sentsov. In Prague, some activists organized a “hunger strike through the chain”. In several cities protesters came out with “red cards” to the Kremlin.

According to “Novaya Gazeta”, Russia’s activities in support of Sentsov have been “illegal”. In St. Petersburg police detained two participants of pickets in support of the Director, and in Moscow in uncoordinated action was attended by about 20 people.

One of the organizers, head of the Center for civil liberties Oleksandra Matviychuk said that the activists handed over “a Manifesto on salvation Oleg Sentsov” the foreign Minister of Canada, members of the European Parliament and deputies of the Israeli Knesset.