Moscow. June 1. INTERFAX.RU — the United States in response to the initiative of Kuwait proposed a draft resolution condemning attacks on Israel, but the document was not adopted, as it received the required number of votes. 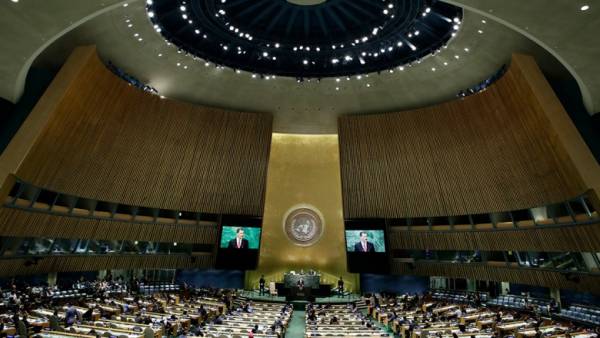 “The results of the voting is as follows: one vote for, three against and 11 abstained. The project is not accepted because it was not filed the required number of votes,” — said the President of the security Council in June, Russia’s permanent representative to the UN, Vasily Nebenzia.

“For” the draft document voted only the United States voted against Russia, Kuwait and Bolivia.

Before voting on two projects, the U.S. permanent representative to the UN, Nikki Haley took the floor and urged Council members “to vote against the resolution of Kuwait (on the protection of the Palestinians — if) and recognize the concerns about Hamas, voted for the U.S. resolution”.

She noted that in the American project “contains many of the characteristics that are lacking in the resolution of Kuwait, condemned the indiscriminate launch of rockets by Hamas at Israeli civilian communities, using the resources of Hamas to build a military infrastructure,” as when, according to her, in the Kuwaiti resolution there has been a “rough one-sided vision of what happened in Gaza in recent weeks”.

Earlier Friday, the US vetoed the draft of Kuwait, condemning Israel for killing Palestinians in the Gaza strip.