Reuters: US to discuss with Germany the deployment of ABM systems THAAD

TASS, June 1 — Agency Sources say that the official reason for the placement of the system will be protection of the region from ballistic missiles of Iran. 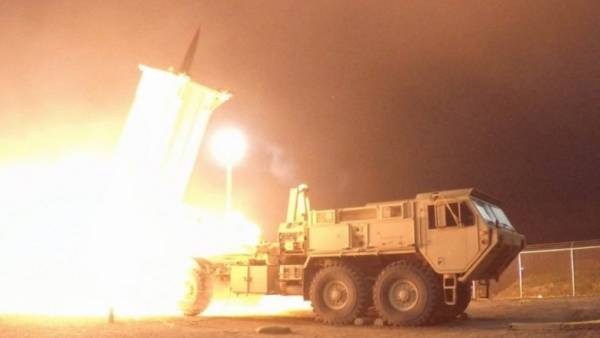 The United States to discuss the German question on the possible deployment on its territory the U.S. missile defense system THAAD. This was reported on Friday the Reuters Agency, citing informed sources.

According to them, officially, the motive for this step is the need to strengthen the security of Europe from the threat from ballistic missiles of Iran. However, Reuters notes that the possible deployment of THAAD in Europe may cause new tensions in relations between the West and Russia, which opposes deployment of U.S. missile defense in Europe. In addition, negotiations on the possible deployment of the THAAD system conducted amid growing tension in the relations between Russia and the West.

According to a source in the us military, the US held preliminary talks with Germany about the deployment of THAAD on U.S. airbase Rammstein in the South-West of Germany.

This database is located the headquarters command of the U.S. air force in Europe and air force joint command of NATO. “According to initial estimates, for Germany, the location of the THAAD will not be a problem”, — quotes Reuters the words of your source. According to the current agreements, the United States needs to request the consent of Germany to host missile defense system on the basis of Rammstein, however, in the case of such decision, the U.S. government will receive official notification from Berlin.

The U.S. Department of defense officially neither confirmed nor denied reports about the negotiations with Germany on the possible deployment of THAAD complexes.

At the moment, plans to deploy a THAAD system in Germany. We are not discussing potential future military planning, because we don’t want to give a signal to our potential adversaries. Germany remains one of our closest partners and allies.Eric Phonetically Pentagon spokesman

A week ago the commander of the United armed forces of NATO in Europe American General Curtis Scaparrotti said that the US should increase military power and upgrade troops to bolster security against Russian threat. However, he did not specify what measures he meant.

THAAD — missile complex ground-based missiles designed to intercept ballistic missiles of short, medium, and intermediate range. It was designed and is made by American aerospace company Lockheed Martin.