The battle of the Kalka — salvation of civilization. How Russia could destroy Europe

No invasion of the Steppes to Europe could not escape the lands of our ancestors. And every time it was played the lottery — what will the Slavs or the Rus in the face of invasion? Close the door to Europe or take part in the fun? 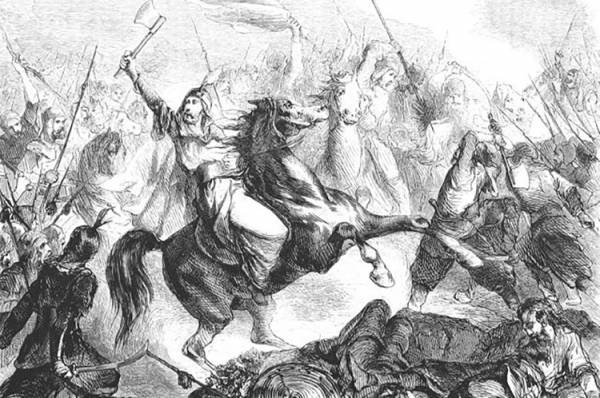 795 years ago, may 31, 1223 on the right tributary of the river Kalmius, Donetsk oblast, began a three-day battle, which was the beginning of Europe. This inflow is fatal to Russian history the name is Kalka.

That is how to understand the Battle of the Kalka, in books, begins a series of paragraphs of the “Tatar-Mongol yoke”. The first clash of the two forces, Russia and the swells of the Mongol Empire is usually interpreted in purely military terms. The RAID of the Mongol generals Jebe and Subutai, a counter-movement of the Union of South Russian princes, the battle between the two, and Tatars. Our lost. Horrific consequences — the invasion of Batu in Russia and 240 years of dependence on the Horde.

The real historical significance of the clash will open, if you put it in the appropriate context. The eternal confrontation between “Civilization vs. Barbarism” in our case takes the form of a “Europe vs. Steppe”. The start was given by the invasion of Huns, finish, respectively, of the Mongol-Tatars. In this exciting race plays a major role in Eastern Europe. Or, rather, tribes, tribal unions, and later the state located in its territory. That was the key, the lock for the steppe invasions. Roughly speaking, it is the Slavs, and later Russia, Willy-nilly had to decide what specific results will lead another invasion of the Steppe.

The first round ended for Europe outright knockout. Somehow, it is considered that the Hun invasion was the Hun. Although in reality, the Huns, as such, was hardly a tenth part of the military forces of Attila. The main strike force were as those who in the process, joined with him in a forced Union — Goths, together with a substantial part of other Germans, Slavs and joined them Finno-Ugric tribes.