Poroshenko ruled out the possibility of surrender in the Donbass

MOSCOW, 1 Jul — RIA Novosti. The President of Ukraine Petro Poroshenko promised to do everything to avoid surrender in the Donbass. He told the children on the line on the last call, reported on the website of the Ukrainian President’s administration. 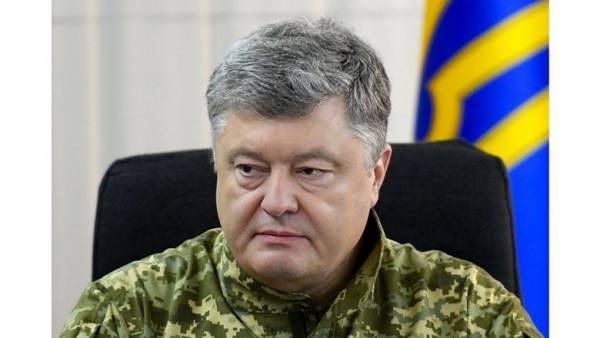 Poroshenko emphasized that “as President and commander in chief will do everything to Ukraine was peace,” adding that the world does not mean “surrender to the Russian enemy and the aggressor.”

He also said that in addition to surrender, there is another extreme, which Poroshenko rules out military operation in the South-East of the country.

“I reject the two extremes on the path to peace. Any other suggestions are acceptable. Extreme with the idea of adventurous military offensive that will claim the lives of millions of lives of Ukrainian heroes. Another idea — surrender. Peace on Russian terms, when we have to give the Ukrainian land. While I am President we will not give anyone a single piece of the Ukrainian land,” — said the Ukrainian leader.

In April 2014, the Ukrainian authorities launched a military operation against the self-proclaimed DPR and LPR in the Southeast of Ukraine. Russia accused of meddling in the conflict in the Donbas, but Moscow denies such statements and stressed that it is not a party to domestic conflict.