Former Minister of economic development of Russia Alexei Ulyukayev, who was sentenced to eight years in a strict regime colony, paid he is appointed a court sentence to a fine of 130 million rubles. On Friday, June 1, reported “Interfax” informed source. 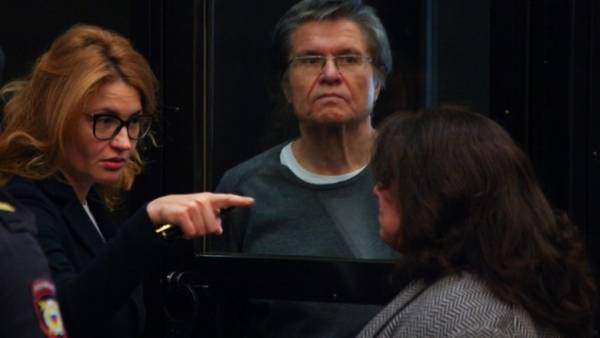 He noted that protection in this regard has already appealed to the Zamoskvoretsky court of Moscow with the petition for withdrawal of the interim measures previously seized property.

May 31 it became known that the convict transported to the colony. Deputy Chairman of the Public oversight Commission (POC) of Moscow eve Markachev said “Interfax” that the speaker was delivered to the place of serving their time on the train.

“It’s definitely not the suburbs as in Moscow region there is no colonies of strict regime,” she said, adding that he may be in one of the closest regions to the capital because its phase took less than four hours.

Reliably its location is only provided to relatives.

April 13, Executive Secretary of the UPC of Moscow, Ivan Melnikov said that the speaker can send in Irkutsk colony.

“In Russia, little colonies of strict regime, where he can serve his sentence official, the former in the rank of Minister. Most likely, it will be sent to serve his sentence in Irkutsk penal colony No. 3, where most are officials, judges and law enforcement officers convicted of bribery”, he said. According to him, is itself the speaker hoped that he will select a colony far from Moscow, so he was able to see more relatives.