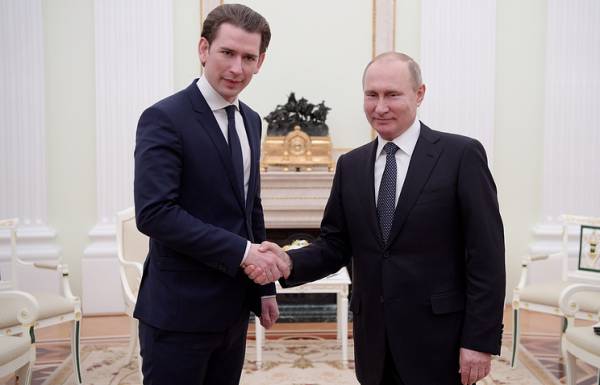 Federal Chancellor of Austria, Sebastian Kurz, and the President of the Russian Federation Vladimir Putin

MOSCOW, February 28. /TASS/. Russia and Austria reaffirmed the unambiguousness of the Minsk agreements to resolve the crisis in Ukraine. This was announced by Russian President Vladimir Putin following talks with Federal Chancellor of Austria Sebastian Kurtz.

“Discussed the situation in Ukraine, – said Putin. – We agree, the Minsk agreements remain the only basis for the settlement of the crisis.”

Putin recalled that Kurtz, as Minister for foreign Affairs of Austria, paid much attention to the Ukrainian domestic conflict, and was actively engaged in this issue in the Austrian chairmanship of the OSCE in 2017.