The x-files: Forbes found two secret division of the FBI

The presence of these units may indicate internal surveillance of citizens across America. 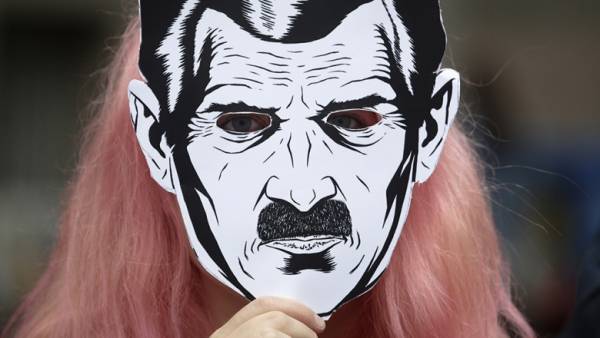 After September 11, Federal law enforcement Agency and intelligence service of the United States was heavily criticized for failing to coordinate the information that would allow the state to stop attacks before they happen. The FBI took into account their mistakes and since then conducts a strictly confidential and secret intelligence work, which has long gone beyond the domestic legal order and turned the Bureau into a huge American freak show.

Despite the super secrecy of the operation, Forbes has discovered two previously unknown units that, according to sources, are essential elements of the intelligence mechanism of the FBI.

Search these titles through Google or LinkedIn didn’t give any results.

After the discovery of these two divisions of the activists of the unions of civil liberties, legal experts and even former analysts of the intelligence services put forward accusations against the FBI, saying that the presence of these units may indicate a violation of citizens ‘ rights in connection with the possibility of widespread domestic surveillance in America, where, allegedly, there is no supervision there.

Forbes learned about the existence of a previously hidden task force data collection COG in the result of a query made on the basis of the law on free access to information sent to the FBI in 2017.

This information request was made in connection with the deal signed last year between the technical contractor CDW Government Data Intercept Technology Unit (DITU) (Digital Interception, FBI) in the amount of $1.1 million for some services. DITU, part of the Operational Technology Division (Directorate of Operational Technologies), based in Quantico, Virginia, is one of the most secret units of the FBI that helps you to collect critical data for investigations and intelligence. Management of Operational Technologies is an important body that monitors the latest technological developments for the entire FBI.

The FBI has confirmed to Forbes that the COG is a unit DITU, however, refused to comment on the specific nature of the work of this group. However, the reporters at Forbes found out that the mission of COG is “to provide tools, expertise and solutions for the implementation of legalized electronic control transmission data in developing local networks and Internet technology”.

Regarding the activities of the DITU was known before: in his controversial investigation of the NSA spying PRISM Edward Snowden claimed that one of the main roles of the group is gathering data from technology and telecommunications companies such as Facebook, Google, Microsoft, before being handed over to the intelligence services (which may include Intelligence, defense, the CIA and the NSA).

According to sources of Forbes group COG not only establishes a means of espionage for the FBI or other agencies but also provides for the exchange of information between them.

The correspondent of the American Forbes was able to talk with multiple sources in the field of security and intelligence that confirmed the existence of unit DITU and its subdivisions. They all wished to remain anonymous.

“Think of it this way: this is a technical group, which oversees the technical capabilities of surveillance,” says one of these sources.

Often, raw network data comes in various forms, and this group of people is working to ensure that special agents and investigative group could clearly interpret such data.

As for the Wi, this is another unit unit DITU, “responsible for the installation and maintenance of communication equipment for criminal investigations, anti-terrorism investigations and foreign counterintelligence investigations”.

About it it became known after Forbes discovered the FBI contract with CDW for the purchase of intelligence equipment worth more than $26 000 in 2014 for a special unit.

“CDW guarantees that the investigators will be able to remotely collect audio and video data,” explains one of the sources from the sphere of security. However, he believes that the purpose of the Wi was not surveillance as such, but to establish a “trusted connection” for the stable transfer of the target data. Not only is Wi-Fi communications, and includes some support to the agents during the investigation. “They will connect observation equipment so that any agent could control it remotely,” says the source. A former FBI agent confirmed these words.