The network has criticized the behavior of the host during an interview with new Zealand Prime Minister Jacinda Ardern (Soraya Ardern). Hour conversation on the talk show “60 minutes” called “the worst in history” and “incredibly sexist”. 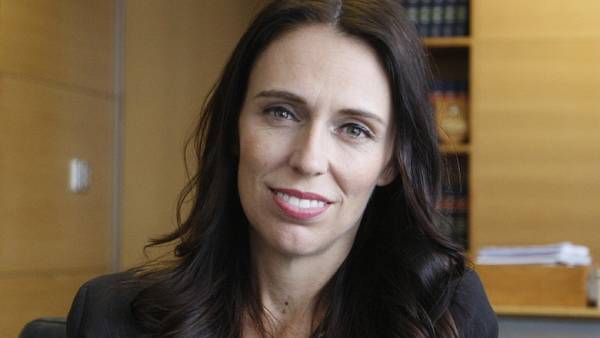 A fragment of conversation published on the website of The Guardian.

In the first part of an interview with presenter Charles Wooley (Wooley Charles) was surprising policy their compliments. Speaking about his experience with the other Prime Ministers, the journalist mentioned that “none was so young, so smart and never that attractive.”

Next, Wooley moved to the topic of pregnancy Ardern and started asking her and her husband uncomfortable questions about the exact time of conception. According to the presenter, this question is of interest to citizens the most.

New Zealanders published posts, which clarified that they are not interested in the personal life of the Prime Minister or her appearance, the next priority is her professional activity.

Commenting on @jacindaardern”s level of attractiveness, doesn’t seem to be at all relevant to her ability as a nation’s leader #60Mins

“Comments about the attractiveness of Jacinda Arden didn’t seem to have anything to do with her abilities as a national leader,” said one user.

I assumed #60mins would have a second half of the Soraya interview after the break that talked about her policies and political achievements. But… nothing. All we got was sexist comments about her looks and baby talk. Ugh. Absolutely shitful journalism… *changes channel* ?

“I thought that the second half of the show “60 minutes” after the break will be devoted to the policy and achievements of Jacinda. But nothing. All we have is sexist comments about her appearance and talk about the baby. Ugh. Absolutely shitty journalism. *Switch the channel,” commented another.

“I’ve met a lot of prime ministers in my time. But none so young, too many not so smart, and never one so attractive.” New Zealanders are extremely unimpressed by an Australian journalist”s interview with Soraya Ardern https://t.co/Jlsc1gCtZW pic.twitter.com/q48trvQQnw

Jacinda Ardern took office as Prime Minister of New Zealand in the fall of 2017. She is the leader of the labour party. The politician repeatedly referred to her feminist views.

See also: Cat of the Prime Minister of New Zealand died under the wheels of the car