The Committee of Federation Council for agrarian policy and environmental management supported the amendments to the hunting law relating to the prohibition of contact pritravki dogs. 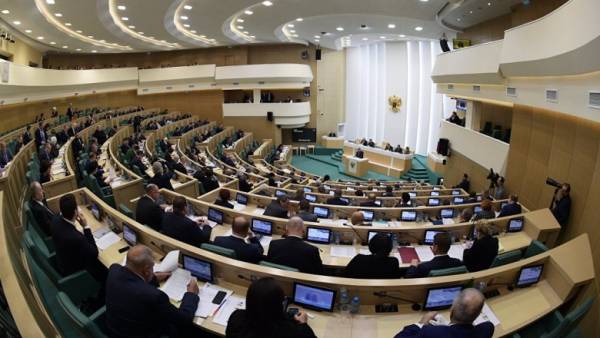 The document in edition of the conciliatory Commission of the lower and upper chambers of Parliament, the senators intend to consider at session of the Federation Council on Wednesday. Now with the adoption of the document on so-called “testing and training stations” will be possible only contactless dog training, that is, if the corresponding protective structures that should not only eliminate cruelty to animals, but in principle, applying them to any physical harm.

Deputy Chairman of the Federation Council Committee on agrarian and food policy and environmental management, co-Chairman of the conciliatory Commission Vladimir Lebedev noted that the text agreed by the Parliament “does not infringe upon hunters, puts barriers in the development of this sphere and allows you to move on.”

The Senator stressed that given the humanization of society, it is necessary to listen to the positions of all interested parties, and hunters and animal rights activists.

According to him, the conciliation Commission came to the conclusion that “preparation and training of dogs is permitted only in the hunting grounds and in ways that do not allow cruel treatment of animals and causing them harm.”

However, Lebedev believes that the work on improving legislation in the sphere of legal regulation of the hunting industry should be continued. The Senator proposed to develop a mechanism for further collaboration with members.