Expert: expect an apology from “the Voice” is not worth it

MOSCOW, 26 Feb — RIA Novosti. To expect that the movement of “the Voice” will apologize for their statements is not necessary, the Director of Fund of research of problems of democracy Maxim Grigoriev. 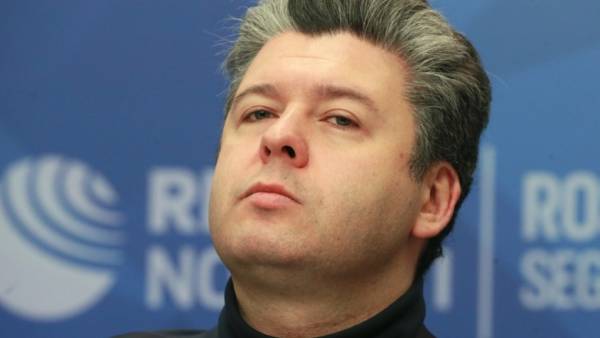 Previously, a number of activists of the movement “Victory Volunteers” demanded an apology from “the Voice”, who accused them that they were collecting signatures for nomination of Vladimir Putin as a presidential candidate for the financial support.

“”The voice” in his work quite often not only uses unverified information that later turns out to be untrue. But fundamentally they even declare that they are not going to check this information. Is it possible from the organization to expect that they will apologize for their statements? I honestly doubt it,” — said the expert.

He also stressed that such charges are absolutely outrageous character.

According to the expert, the “Victory Volunteers” have won government grants, exactly the same as organizations that held a rather critical towards the government and the President.

Maxim Grigoriev also noted that those government grants which received the “Volunteer Victory” for the improvement of military graves, the shares of assistance to veterans and assistance in the organization of the Victory Parade last year, have no relation to the coming presidential campaign.

The fact that volunteers are involved in particular activities associated with any candidate, is primarily due to the personal activities of the volunteers themselves.Maxim Grigorievich research Foundation problems democraticparty

“Russia – country of opportunities”: how it rabotaete XIX world festival of youth and students held in Sochi in late October, the first Deputy head of the presidential administration of Russia Sergei Kiriyenko presented the platform of “Russia — country of opportunities”, the creation of which was authorized personally by President Putin. Find out more about those projects.