Moscow and Damascus is targeting a turnover of $2 billion

To restore the prewar level of trade turnover between Russia and Syria $2 billion over three years — such is the task set before the organizers of the business forum “Russian-Syrian business cooperation: opportunities and prospects”, who on Monday was held at the site of the chamber of Commerce of the Russian Federation (CCI). Bets are placed not only on state-owned and private business. The main issues facing the Russian and Syrian businessmen — who guarantees the safety of investments and protection of the Russians, who will work in Syria. 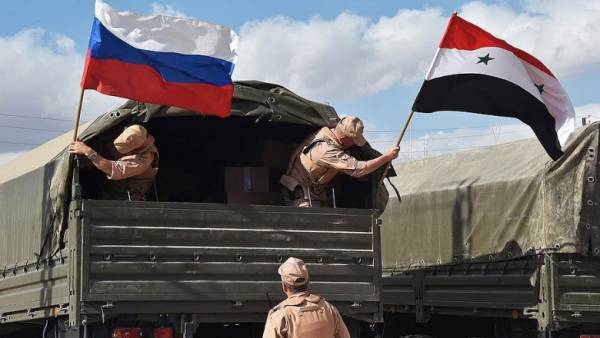 Saratov company “Construction technology and machinery” plans to build in Syria ten plants of reinforced concrete structures for the reconstruction of destroyed housing. The cost of each item will be $10 million, told “Kommersant” Vice-President TPP Vladimir Padalko. The agreement was reached in the framework of the business forum “Russian-Syrian business cooperation: opportunities and prospects”, which took place at the site of the chamber. The forum was attended by representatives of 110 262 Syrian and Russian private companies working in the field of construction, industry, transport, energy, agriculture and tourism. Other agreements reached by the business have not been disclosed.

The most promising area of cooperation, Mr. Padalko told “Kommersant” called the construction and rehabilitation of the Syrian infrastructure.

In particular, discussed the construction projects of enterprises for the Assembly of auto and agricultural equipment, ship repair.

Deputy Minister of economic development of Russia Alexey Gruzdev, answering the question of Kommersant about the future cooperation projects between the two countries, singled out only the main directions of work: construction, mining and recovery of the energy sector, cooperation in the field of agriculture and pharmaceuticals. About the specifics, he said, must agree with the businessmen themselves. At the same time he told about the plans of Russian pharmaceutical companies to start to Syria supplies of medicines. Also the Ministry of economic development sees potential for the growth of fruit and vegetable exports from Syria to Russia. According to Alexey Gruzdev, while the volume of deliveries of Syrian fruit and vegetables “does not exceed a few million dollars a year”, the problems associated with the lack of infrastructure for storage products and its transportation. But both sides are working on a solution to the problem, he said.

From its part Vladimir Padalko added that some of the loans that Russia gave Syria can go on to create a hub that can accept and prepare for shipment to Russia vegetables and fruits.

The Chairman of the Syrian-Russian business Council Samir Hassan told the journalists about the plans of Russian companies ‘ participation in construction in Syria of a cement plant with a capacity of 6 million tons, glass factory, a hotel complex on the coast, as well as the expansion project of the port of Tartus and train branches in several Syrian cities.