People’s artist of USSR Tatyana Karpova, the oldest actress of the Moscow academic Mayakovsky theater, has died at the age of 102 years. The representatives of the theatre told TASS on Tuesday, February 27. 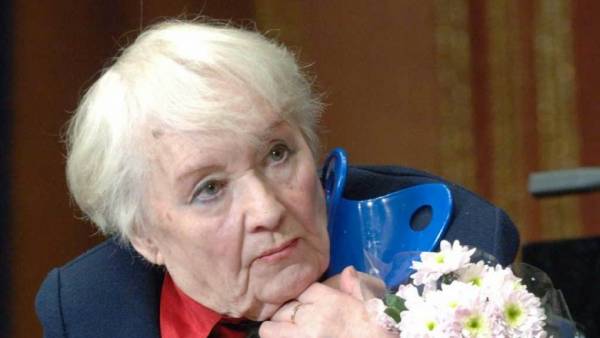 The time and place of farewell to the actress will be announced later.

Karpov was born in Kharkov in 1916. In 1938 she graduated from drama school at the Moscow theater of the Revolution, in 1954 renamed the Mayakovsky Theater.

After graduation she was accepted into the troupe and worked in the theatre all his life, having performed more than fifty roles. She continued to perform until 2011.

In 1947, Tatiana Karpova became a laureate of the Stalin prize of the first degree. She also starred in the films the actress has appeared in particular in canoperate “scene On the stage,” the serial drama “the ordeal” and the Comedy “Mother-in-law”.