Civilians are unable to leave the Damascus suburb of Eastern ghouta in conjunction with mortar shelling of a humanitarian corridor in the settlement Vafidin, said Tuesday the head of the monitoring group areas of de-escalation No. 3 Eastern Guta, General Victor Pankov. 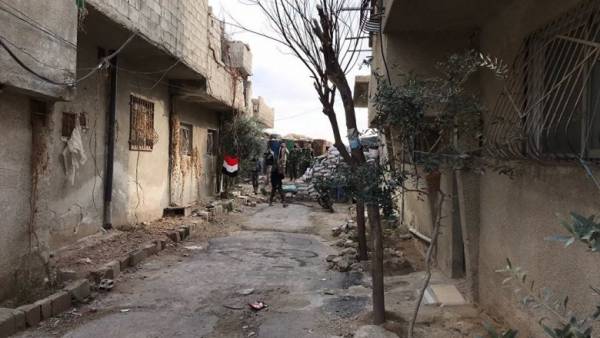 “The twenty-seventh of February, at nine o’clock in the morning opened a humanitarian corridor for civilians from the zone of de-escalation. Currently, there is intense fire from the militants and not a single civilian was not released,” — said the General reporters.

In the village Vafidin the Syrian authorities with the support of the center for conciliation of the warring parties of the Russian Federation in Syria prepared the conditions for the reception of the civilian population through a single humanitarian corridor linking Damascus with Eastern Ghouta.

Safety at the exit of gummidge provided by the Russian military police and soldiers of the army cap. In the settlement of al-Duvair near the humanitarian corridor set up a field clinic to assist the sick, prepared buses to transport civilians to the places of temporary stay.

The Minister of defence of the Russian Federation General of the army Sergei Shoigu said on Monday that on behalf of the President of Russia Vladimir Putin in the Damascus suburb of Eastern ghouta from 27 February introduced the daily humanitarian pause from 9.00 to 14.00 local time.