“Syrian free army” supported the initiative on the Eastern ghouta

The opposition “Syrian free army” has sent a letter to UN expressing their support to the initiative on Eastern ghouta. 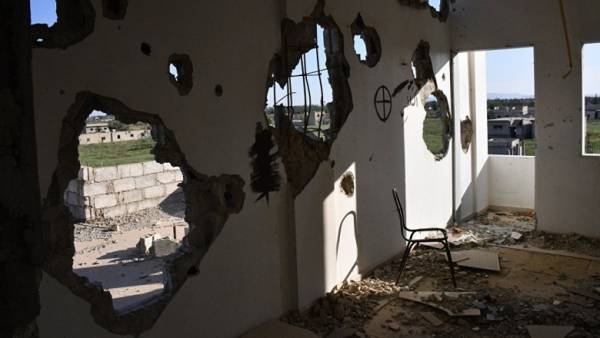 “We are committed to implement the relevant Security Council resolutions, mainly resolution 2401 (2018), which agreed on an immediate cease-fire and allowed the UN to send a convoy of emergency humanitarian aid to the besieged civilians, who remain locked in Eastern ghouta for six years,” — said in a statement, the militants placed at the disposal of RIA Novosti.

In addition, the letter “Syrian free army” made a proposal to bring the militants groups “Khayat Tahrir al-sham”, “dzhebhat an-Nusra and al-Qaeda”* from the Eastern Guta within 15 days from the date of introduction of the truce.

The UN security Council on Saturday adopted a resolution 2401, which requires that all parties “without delay ceased the collision” and was committed to ensuring the long humanitarian pause of at least 30 days on the whole territory of Syria to allow the safe and unhindered delivery of humanitarian aid and medical evacuation of critically ill and injured.

The Minister of defence of the Russian Federation General of the army Sergei Shoigu said on Monday that on behalf of the President of Russia Vladimir Putin in the Damascus suburb of Eastern ghouta from 27 February introduced the daily humanitarian pause from 9.00 to 14.00.

* Organization, which is prohibited in Russia.