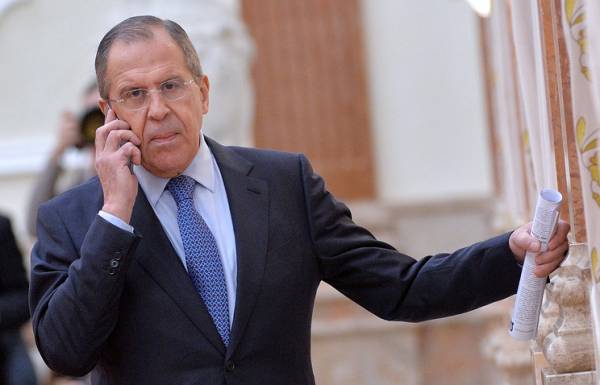 MOSCOW, February 26 /TASS/. The Minister of foreign Affairs of Russia Sergey Lavrov during a telephone conversation with the foreign Minister of Jordan Abdullah al-Safadi called for the introduction of a daily humanitarian pauses in the Syrian district of al-TANF and the refugee camp of al-Rakban. This was announced Monday in the Russian depodesta on the results of the conversation.