TASS. Iraq seeks to have at its disposal missile system s-400 to protect their territory and the skies from aerial threats. This was stated in Saturday’s edition of Al Ghad Regev Committee on defense and security of the Iraqi Parliament, Hakim al-Zamili. 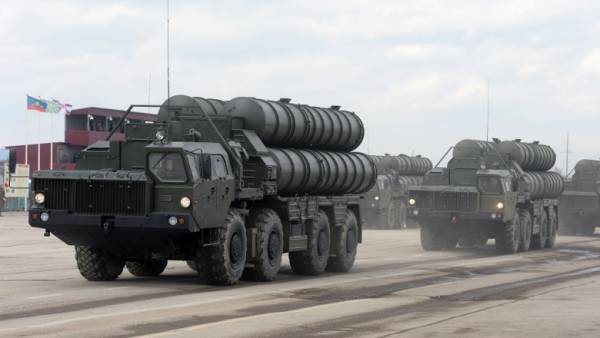 “Iraq has the right to have advanced weapons to protect their land and skies from aerial threats, he said. Terrorism aimed at our country, where many of the saints for every Iraqi places. There are signs and warnings that extremists may use aircraft for attacks on these shrines, which leads to greater anxiety and concern in the country, as happened after the attack on the shrines in Samarra”.

This city is home to several Shiite shrines, including those built in the year 944 the mosque of al-Askari, considered one of the centers of Shiite religious pilgrimage. February 22, 2006 explosion in al-Askari collapsed the Golden dome under the rubble were more than 80 people. The attack on the Shiite Shrine provoked an unprecedented outbreak of violence in the country, placing Iraq on the edge of civil war.

“America is a developed country, no less than any other, but the world trade center was attacked by airplanes, reminded al-Zamili. — Iraq was therefore seeking to have such a system like s-400 to protect their land, Holy places and of the sky. We are serious about it.”

The MP pointed to the fact that the US “does not aim to arm Iraq and to provide it system ensuring full protection of its territory and airspace”, and want to keep it an “open arena for the implementation of their plans.” “Therefore, Iraq is forced to have such complexes, he said. And it is our right to them.”