The U.S. Treasury in the next few weeks will tell about new sanctions against Russia. This was stated to journalists in the White house, the head of the Ministry of Steven Mnuchin. 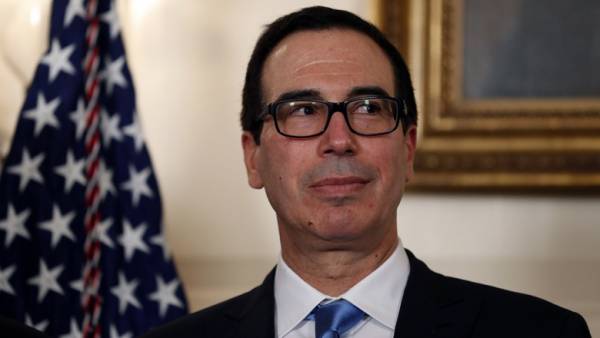 “We are working on sanctions against Russia. I can assure you — it is in the process. I will be back here (in the White house) in the next few weeks and we’ll talk about it”, — he told reporters.

Also, Mr. Mnuchin told about the active work with the Federal Bureau of investigation (FBI) over sanctions against Russian citizens. “We are looking at intervention in the elections. We work closely with the FBI, and they give us information on the latest claims. And, if necessary, we will consider information on individuals that they have”, — quotes “RIA Novosti” his words.

Earlier it was reported that the United States are discussing the introduction of a new sanctions package: it must be a response to alleged Russian interference in the presidential elections of 2016. In parallel, the authorities have established a working group to prevent possible intervention in the coming fall Congressional elections.