The security service of Ukraine (SBU) said that the citizen of Russia David Ponomarev planned to blow up the missile cruiser “Ukraine” in 2015, the day of the Constitution of the country. This was stated by the Chairman of SBU Victor Kononenko. 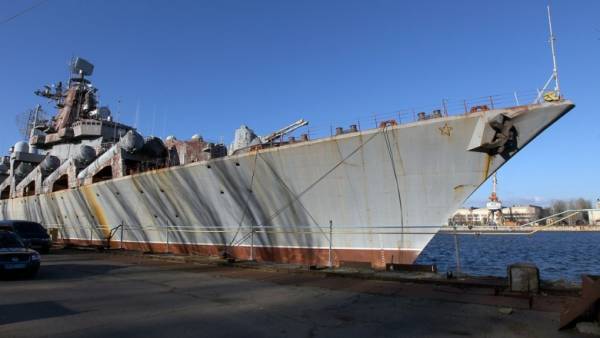 According to him, the Ukrainian side managed to prevent the plans of Russian security services. In addition, the head of the SBU said that torn was also the operation for the arson of the building of the “Society of Hungarian culture of Transcarpathia”. This has forced Russia to bring the perpetrators of the European Union, which in the end made the attack, he added.

The cruiser “Ukraine” was launched on 11 August 1990 and was named “Admiral of fleet Lobov”. In October 1993, he became the property of Ukraine and was renamed. In the spring of 2017, President Petro Poroshenko signed a decree on the demilitarization and sale of the ship.

In December 2017 the Ministry of defense announced that it rejects the missile cruiser “Ukraine”, which after descent to water a quarter of a century sitting idle on the stage of readiness of 95 percent.