The introduction of new lectures based on high demand for the expulsion of demons. 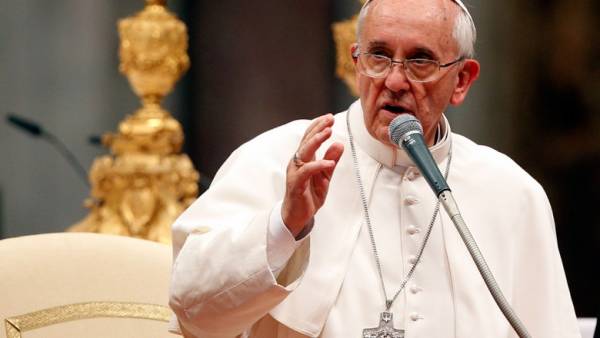 At the Pontifical University Regina Apostolorum in Rome will enter a special course for the expulsion of demons. The need for innovation is high demand for exorcism. This publication reports Vatican News.

The Sicilian priest and exorcist Benigno, Palillo told the publication that the course, which will begin in April, will lead the experts on cults and Satanism.

The main purpose of the lectures is “to mention a topic that is glossed over and contradictory”.

Palilla conducts similar courses in Palermo with the permission of the Episcopal conference. According to him, “the priest is not simply enough to call the exorcist, it should learn from the experts, because originally it was not his sphere of activity”.

The priest said that in Italy the demand for for the expulsion of demons is growing.

Such treatment is received not less than 500 thousand times a year. In this case, as reported, Palilla, “not all cases do involve demons, many of them related to psychological problems.”

Irish exorcist Pat Collins also stressed that “demonic activity in the country is growing rapidly.” Palilla explained that this is due to the increased interest among the population to fortune-tellers and all sorts of sorcerers, whose activities “opens the door to the devil and obsession.”

Earlier, the Minister of education Olga Vasilyeva called June 14, 2017 historic day. According to her, today the Ministry of justice “finally signed” an order approving a degree in theology. Now in Russia officially appear bachelors, masters and doctors of theology.