Kadyrov called Chechnya “the only region that defeated terrorism”

GROZNY, Dec 23 — RIA Novosti. The head of Chechnya Ramzan Kadyrov said that Chechnya is “the only region in the world, completely defeated terrorism.” 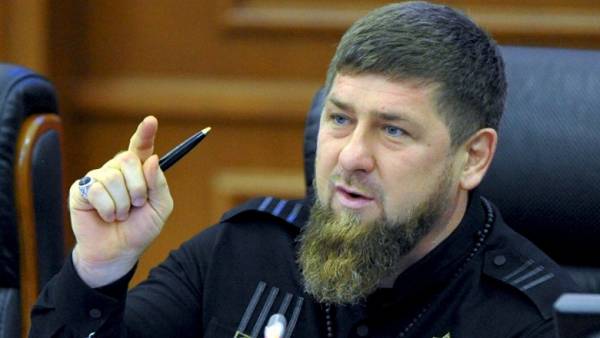 The head of the Republic said on Thursday at a gala night dedicated to defender of the Fatherland Day.

“This day those who faithfully serve our country — Russia. For the sake of peace in the Chechen land, the integrity and unity of Russia gave their lives, the first President of the Republic Akhmat-Hajji Kadyrov and his associates. He began to struggle with international terrorists and with the support of Russian President Vladimir Putin saved the Chechen nation from destruction and the country from collapse. Today Chechnya is the only region in the world fully defeated terrorism”, — quotes Kadyrov a press-service of head and government of the region.

The head of Chechnya noted that today Chechen military policemen stationed in Syria, and honored to perform a peacekeeping mission related to the support of public order, the security of the civilian population in the region.