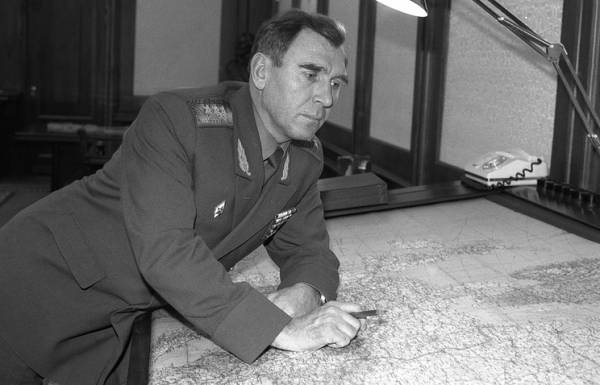 According to Michael Moses, his appointment to the post of chief of the General staff of the Armed forces of the USSR was preceded by a meeting with Mikhail Gorbachev when Soviet President was staying in Khabarovsk before his visit to Japan.

The General Moses then took the post of commander of armies of far East military district. District included an area of about 7.5 million sq km, with a population of about 6.5 million people. Military personnel outnumbered the group of Soviet forces in Germany: seven armies, five military given of the 43rd army corps in Birobidzhan, the first air army and one army air defense. Every year in the district held front-line and strategic exercises, which covered the Pacific fleet, the far Eastern, Transbaikal, and Siberian military districts.