Chaika criticized the work of the investigators in Russia, saying about their professional degradation

Russian Prosecutor General Yuri Chaika criticized the work of Russian investigators, while expressing their professional degradation. As stated by the public Prosecutor in Tula at the meeting on the protection of rights of investors, for many of the investigators of the criminal procedure law and substantive law is “space”. 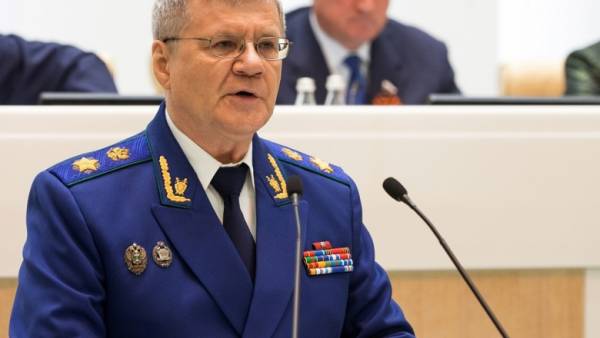 “Unfortunately, for many of our investigators criminal procedural law, the substantive law is the cosmos. If 20-25 years ago and a criminal investigator is a battle of intellects, and who will replay, now it’s very simple — the prison and a special order of consideration. Now up to 70% of cases are heard in a special manner. And there comes the degradation of the investigator, he feels the same way to respond to the legitimate demands of prosecutors, unfortunately”, — said Chaika.

Criminal investigation in Russia involved three agencies — the UK, the FSB and the interior Ministry.

On 15 February at the enlarged meeting of the Collegium of the Prosecutor General Chaika said that despite the reduction in the number sent to court has increased the number admitted by the investigation of violations of the law (5.2 million), despite the fact that 70% of criminal cases considered in courts in a special order, without research of proofs.

“For the first time on the Board, the President gave a very tough assessment of the investigating authorities of how they work. I think this process is going in the right direction,” — said the Prosecutor General at the meeting in Tula.