To honor: why women dangerous to serve in NATO

MOSCOW, 20 Feb — RIA Novosti, Sergey Nikolaev. NATO takes over Hollywood — the Alliance swept by a wave of sex scandals. The winner of the title “Miss England 2009” Katrina Hodge spoke about the sexist assault and humiliation that she experienced during military service. 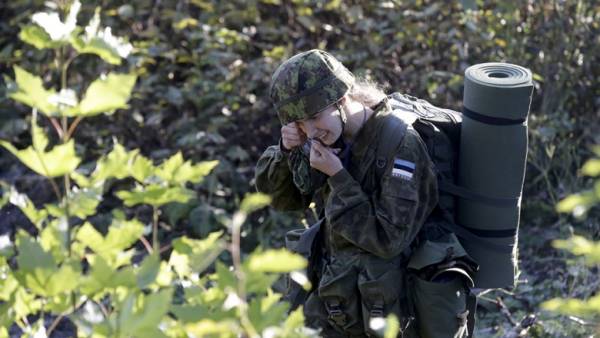 “Combat Barbie” Hodge called after she appeared at the checkpoint of his regiment in high heels and pink suitcase. Atypical image of the recruit complement lush false eyelashes and a thick layer of bright cosmetics.

Meanwhile, Hodge soon found himself at the forefront — the girl was sent to fight in Iraq, where she received the order.

According to Hodge, co-workers, who considered the award unfair, gave her a real hunt. It is not limited to insults once in a soldiers ‘ canteen was thrown at her can of soda, once in the head. Persecution did not stop after discharge from the army — former colleagues continue to insult the girl in social networks.

The story of Katrina Hodge is not the most serious of the sex incident in the Armed forces of Her Majesty. In October 2017 the world – “famous” for the crew of a British nuclear submarine Vigilant, staged on the ship plasmagel. The main libertine recognized the captain of the submarine to Stuart Armstrong, who, in contravention of the Charter, entered into an intimate relationship with officer engineering support Lieutenant Rebecca Edwards. Later it turned out that sex on Board the submarine was engaged several officers.

World leader in sex scandal — the Pentagon. In the us army, the proportion of women is 15%, each year more than five thousand of them claim harassment.

In early February 2018 to the American Congress received materials about the mass harassment and rape in the elite military academies — West point, academies, air force and Navy. Thus, in West point last year recorded 50 such incidents, which is almost two times more than in 2016. the Problem of sexual offences in the Academy even reflected in the film. In 1999, rolling out the film “the General’s daughter”, the heroine of which was a victim of gang rape by fellow students.

Rape on the ground