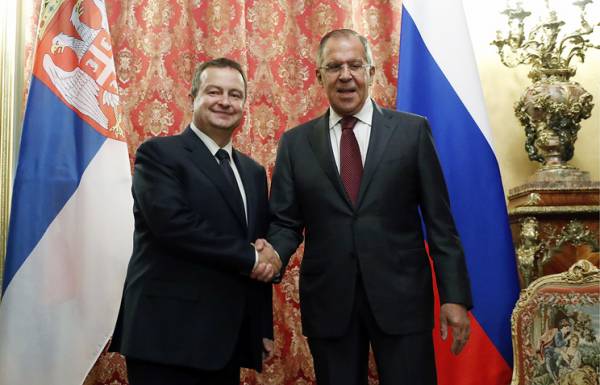 MOSCOW, February 21. /TASS/. Russia and Serbia oppose the evil practice of imposing countries of choice “with us or against us”, which has led to more instability in Europe. This is stated in a joint article the foreign Ministers of the two countries Sergey Lavrov and Ivica Dacic, the Serbian newspaper “Politika” and “Rossiyskaya Gazeta”. The article is devoted to the 180th anniversary of diplomatic relations between Russia and Serbia.