For everyone, for free

SpaceX is embarking on the deployment of a global satellite Internet. 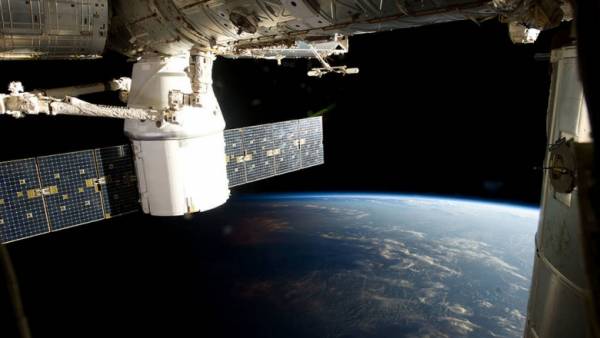 For the first time about plans to organize Internet coverage for the entire planet SpaceX announced in 2015. The project was called Starlink.

According to initial plans, the Americans had to develop micro-satellites weighing from 100 to 500 pounds. On Board each satellite was planned to place networking equipment that not only send back signals and receive responses, but also to send data from the satellite to the satellite.

To “communicate” with the Earth, the satellites were to obtain transmitters with phased array technology, the formation of the directional diagrams, through which the power signal and the communication speed could be increased for areas of the world where there is the most active use of the network or a high population density. In turn, transmit data to each other, SpaceX’s satellites would be able with the help of laser communication with a radiation frequency of more than ten terahertz.

What will happen to the convertible, Tesla Elon musk in space?

Technical details about the antenna and optical systems SpaceX gave us Federal communications Commission in the framework apply to the selection of operating frequencies for satellite Internet. The company managed to achieve a ban on the public dissemination of these details, the existence of the application and its approximate content is known, the details not.

Originally an American company, founded by entrepreneur Elon Musk, had planned to bring in low earth orbit 4425 satellites with communications equipment operating in the Ku and Ka bands (12 to 18 GHz and from 26.5 to 40 GHz, respectively). These devices are planned to place in 83 orbital planes at altitudes of from 1110 to 1325 miles. It is the placement of units, according to the company, would overcome the main drawback of satellite Internet is high latency in the signal path.

In the world today there are several providers that provide Internet access through satellite connection. For this the subscriber need only purchase a transceiver (a device receiving and transmitting the satellite signal and converts it into a standard network signal) and a satellite dish. This equipment allows to receive a signal from one or more satellites placed in a geostationary orbit at an altitude of about 36 thousand kilometers.

Such a high location of the satellites allows you to use just one machine to cover almost an entire hemisphere (the closer to the poles the signal quality is greatly reduced due to the fact that the radio waves have to overcome a long distance through the atmosphere). Although the radio signal travels at the speed of light, his journey from the satellite to Earth and back leads to delays, which are exacerbated by interference. In the end, the delay can be from hundreds of milliseconds to several seconds — about Skype or online gaming you can forget.

All vehicles will be built in peer-to-peer network (each satellite in the network will be an independent unit, simultaneously performing the functions and customer, i.e. participant network, and servers, managing its segments).

The company’s engineers believe that such decision will allow to expand the channels of communication and increase the access speed in populated areas — significantly lower the location of the satellites to reduce the signal delay up to 25 milliseconds.

For comparison, in cellular networks, 4G delay is an average of seven to eight milliseconds, but can vary greatly depending on network load and distance from the cell towers.

What is the speed

Some questions about the technical side of the global Internet. Modern communication systems used for telecommunication satellites in geostationary orbits can simultaneously serve an average of 1,200 connections. This means that for one such companion at a time when the Earth can’t connect more than 1,200 terminals, each of which, however, in turn can be connected to hundreds of computers (in this case, the width of the communication channel with the terminal will be shared between all simultaneously connected computers — 40 megabits per second, distributed among hundreds of machines that look a little pale).

If we assume that the satellites SpaceX will maintain not less than the number of connections that the whole group of 11943 satellites can serve no more than 14.3 million ground terminals. And in fact, they will be less due to the movement of satellites relative to the earth and switch terminals between devices.

The current plans of the us companies suggest the possibility of connecting each of the ground terminal to the network at speeds up to one Gigabit per second. That’s a pretty wide channel within which can coexist relatively comfortably to several dozen computers. When you consider that in Europe and USA broadband Internet access is considered to be connecting at speeds of more than 10-15 megabits per second, in fact, thanks to one terminal of the high-speed network connection will be able to get a small settlement.