Under the pressure of public opinion and criticism, which have been the American government after the next mass shooting late last week in one of the schools of Florida, President of the United States Donald trump hinted that he is ready to go for tougher measures to control gun ownership. 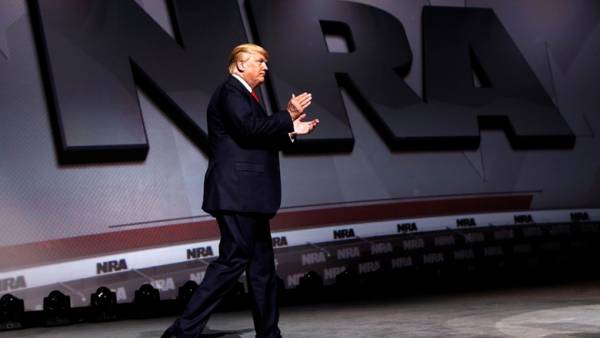 “Though it is still an ongoing debate and some changes in the system of control meant that the President supports efforts to strengthen the Federal system of background check,” — said yesterday the official representative of the White house.

Currently in the United States discusses the amendments to the weapons laws under which Federal agencies and state governments will be obliged to actively inform the FBI when a citizen violates criminal law, or has problems with mental health, or has other factors that may prevent him to buy firearms in the store when verifying the data in the database.

Recall that the victims of the attack on the high school Marjory Stoneman Douglas in Parkland were 17 people and 14 injured. 19-year-old arrow detained in attempt to disappear from the scene.