Without Belarus: Kiev praised the idea of sending Belarusian troops in Ukraine 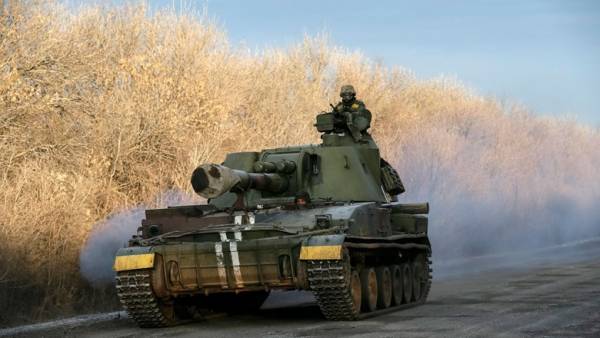 Previously the foreign Ministry of Belarus said that Minsk is ready to discuss deployment of a peacekeeping contingent in the conflict zone.

According to the head of the Belarusian diplomacy, Uladzimir Makei, the matter was discussed with the special representative of the US state Department in Ukraine with Kurt Volker on the sidelines of the Munich security conference. The diplomat also noted that Belarus is ready to participate in this process in any format if this is acceptable to all involved parties.

Mackay stressed that the Russian and Ukrainian sides need to compromise for convergence on the introduction of peacekeepers in Donbass.

“We see now that there are big differences in the positions of the parties. So the challenge is how to reconcile these positions, to find, perhaps, some compromise solution,” — said the head of the foreign Ministry of Belarus.

President Alexander Lukashenko, in his turn, told about the negative impact of the conflict in the East of Ukraine to Belarus. According to him, Minsk is interested in the speedy resolution of the conflict.

“We are interested in the conflict, the fire to extinguish it to be over, stopped”, — said the head of state.