The FBI announced the names of Russians allegedly involved in attempts to interfere in the presidential race of 2016. TASS explains who appears in documents of the FBI and that they are charged with. 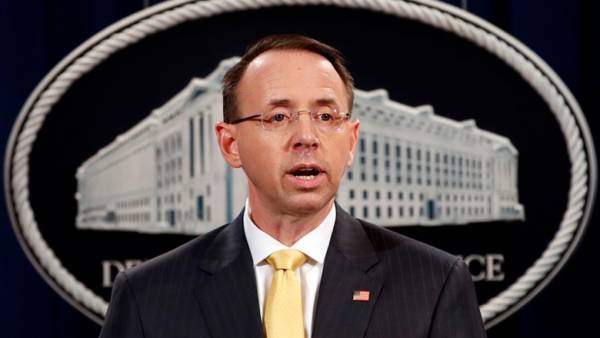 The U.S. justice Department has indicted 13 Russian citizens associated with the Agency online research, ostensibly funded by entrepreneur Yevgeny Prigozhin. The businessman is accused of sponsoring anti-American information operations during the presidential race of 2016.

The gist of the charges?

The document States that “the Organization [online studies] sought to do, as she is called, the information war against the United States.” The funding she received from the company “Concord Management and Consulting” and “Concord catering” owned by Eugene Prigogine. The operation was codenamed “project Lakhta” involved “hundreds of people” and was worth about 73 million rubles per month.

The strategic goal of “Agency of Internet research” was to sow discord in the political system of the United States, including during presidential elections in 2016.The investigation of special Prosecutor Robert Mueller

What allegedly did the Russians?

Employees of the Organization wound up fake accounts in social networks and online media, posing as Americans. “The defendants placed [in social networks] negative information about some of the presidential candidates. By the middle of 2016, their actions included support for the election campaign conducted by Donald trump, and the denigration of Hillary Clinton. The accused bore the costs in undertaking such activities, including buying political ads to embed in social networks,” the conclusion reads.

The paper also argues that the Russians posing as American citizens, conducted political rallies and in the United States in support of a particular candidate.

For example, in new York, the Organization’s staff initiated two actions simultaneously: in support of the newly elected President of trump and against — under the slogan “trump is not my President”.