Spiritualism, shamans, Rasputin. What is corruption at the highest level in Korea

In Seoul recently pronounced a sentence on loud corruption business, in which was involved the former President, the nation’s biggest corporations and most influential religious sect. 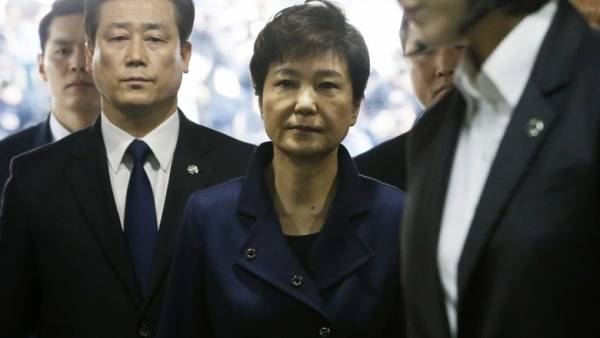 The logical end came the most spectacular corruption scandal in the modern history of South Korea. To 20 years of imprisonment sentenced Choi sung-SIL — a childhood friend of ex-President Park Geun-Hye. It has had a decisive influence on many of the key political decisions including communication with spirits and divination.

Tablet in the trash as a key to a Palace coup

30 October 2016, the South Korean President Park Geun-Hye arrived for questioning at chief Prosecutor’s office of Seoul. She had planned to tell the investigators whether she had betrayed state secrets to the country of his childhood friend Choi sung-SIL, turning to her for advice. The interrogation was over before it began, when the building of the Prosecutor’s office moved the excavator. They drove 45-year-old man explained his actions: “Choi sung-SIL said deserves to die for his crime, so I went to help her to die.” He was sure that the questioning came just a friend of the President, not the President.

By this time across the country stormed the anti-government rallies, which have reached unprecedented by Korean standards, scales. Effigies of the President and her friend were burned in the squares, the protesters fought with police and threw eggs and toilet paper the presidential residence. The ratings of the ruling party just a month has fallen from 52% to 17%. A few months later, Park Geun-Hye was removed from power.

A huge scandal broke out after the lead of the South Korean edition “Choson Ilbo” has got confidential government documents. According to the journalists, a dossier of 200 state papers, correspondence, and other things they dug up literally in the trash is thrown on the tablet.

However, most likely documents the publication of “leaked” some of the government officials of the highest rank, whose name was not named, told aify head of Department of Korea and Mongolia of Institute of Oriental studies Alexander Vorontsov.

According to these documents, Choi sung-SIL has made changes to the President’s speech and influenced the country’s policy and personnel decisions.

For example, she controlled the budget of the winter Olympics in Pyeongchang, where her family owns large tracts of land. Key decisions in foreign policy were also taken Choi sung-Sul almost single-handedly. However, she not only did not hold any official posts, but couldn’t even finish University.

According to experts Aephi largely “thanks” to her advice in relations between Seoul and Pyongyang began a full-blown crisis, all cooperation was curtailed, and the DPRK began rapidly developing missile program. All because in Seoul finally decided to crush the Northern neighbor of sanctions.

How girlfriend went to success