Media: activities of “black lumberjacks” threatens the shallowing of the lake Baikal

The activities of the “black loggers” — suppliers of illegally cut Russian timber to China leads to the loss of tens of billions of rubles, with the wildfires and threatens the shallowing of the lake Baikal. This writes the “Novaya Gazeta”. 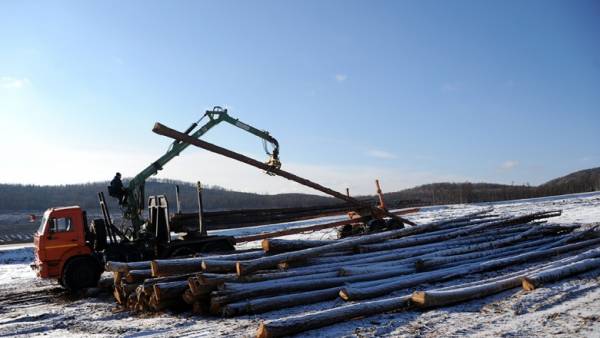 According to the newspaper, the main “habitat” habitat “black loggers” are taiga forests of the Siberian Federal district and the border with China area.

According to the head of the Ministry of natural resources Sergey Donskoy, only for the year 2016 the amount of damage caused by illegal logging exceeded 11 billion rubles And 77% of the total number of illegal logging (1.3 million cubic meters) accounts for SFO.

According to the Federal Agency on forestry, about 74% of the total volume of illegally cut wood accounted for the Siberian Federal district, including 65% — in Irkutsk oblast. A significant amount of illegal logging recorded in neighboring Buryatia, TRANS-Baikal, Krasnoyarsk region, and also in the Vologda region, the Perm territory, Sverdlovsk region.

“The scheme, which employs “classic black loggers”, is quite simple. A team of people with chainsaws out in the woods, usually close to roads or settlements, fells trees. Conducts on-site primary treatment, then the barrels get to the logging station where already delivered to the nearest station, where illegal products are loaded in trains and in most cases moving towards the state border with China”, — the newspaper writes.

According to experts, if the forest disappears on the banks of rivers and streams, this means the removal of soil and silting.

“Countless small streams that fed the lake Baikal, has disappeared. We drive across bridges — and it is clear that under them dry. If we pass in the upper reaches of these rivers, there are bound to be cutting, dividing. And the forest is an accumulator of moisture. Desertification takes place,” said the Chairman of the public environmental movement “New energy” in Buryatia Ivan Loginov, noting that although Baikal and is able to cleanse, to restore the forest around him he can’t.

Earlier “Газета.Ru” reported that the damage from illegal logging in Russia for the first half of 2017 exceeded 4.5 billion rubles.